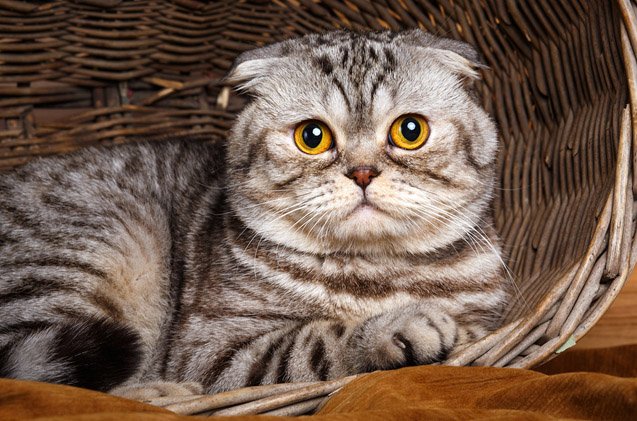 The Foldex cat is a breed of domestic cat that originated in the Canadian province of Quebec. He is a cute cat with the looks of a small owl. This is one playful and affectionate cat that are not very demanding of attention.

In 1998, thanks to breeder Jeanne Barrette, this cat got accepted as an “experimental breed”. The cat was recognized as a “new breed” in August 2008 and obtained championship status in 2010. Only the Canadian Cat Association recognizes this as an “experimental breed“.  This means that they are only produced in Canada, although they are also available in the United States and the UK.

The characteristic that makes this cat famous are their folded ears with rounded tips. They also have a very noticeable nose break between the eyes. They are of medium stature with a round face.  The coat of a Foldex cat can be either short or long. Their weight goes between 8 and 10 pounds.

They are sweet, affectionate, intelligent and very peaceful and quiet. The fact that they are also not demanding of attention makes them a perfect companion. They love to be cuddled, caressed, and patted, which will make them walk around you.

You will usually find this curious cat roaming around the house. He is very easy-going with children and other pets.

Caring for a Foldex cat

The frequency with which you must groom this cat will depend on the length of the coat. Usually, once a week should be enough for an average coat length. The longer coated ones will need brushing twice a week.

Here in Dogalize we have tons of information on many other cat breeds. Let us help you in your decision of what your next companion should look like.