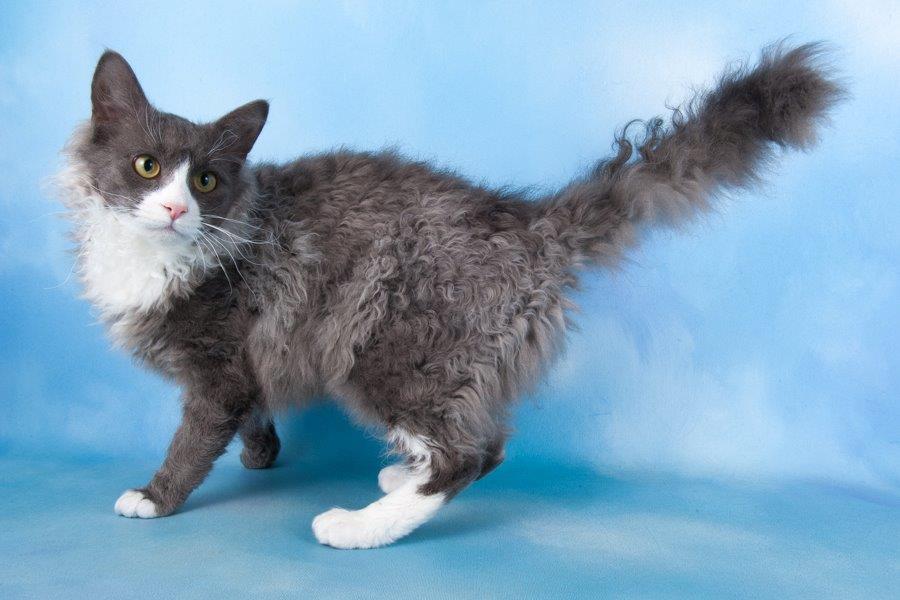 This is a one-of-a-kind cat that you will find very easy to identify. The LaPerm cat has a characteristic curly fur, with the tightest curls located on the chest, throat, and base of the ears.

It was 1982 when something unusual happened. Located on a farm in Oregon, a brown tabby gave birth to a litter of six kittens. One of them looked pretty different from the rest. He was bald, with tabby marking on his skin, and his ears unusually apart. Then his hair started to develop and that is how Curly came to be.

When Curly was crossed with several males, including a Manx and a Siamese, all the kittens had mom´s curly hair, which meant it was a dominant trait. Eventually, the International Cat Association recognized the LaPerm cat as a breed in 2002.

The LaPerm cat is a rex breed and is present worldwide. Geneticists determined that he is unlike any rex. Their build is athletic and they have a muscular body. Just like with the rexes, any coat color is allowed. The most distinct feature of the LaPerm cat is his curly coat with a textured feel, not silky. This is a small cat weighing five to eight pounds.

When it comes to humor, one can say that the LaPerm cat is a clown. He is a clever, master at using his paws to open doors, move objects, and tap on you for attention. He will follow you around the house, although he can act independently as well. Expect for him to sit on your lap, next to your computer, or wherever is best for him.

He is affectionate, patient, gentle, and quiet. In other words, a pleasant cat to live with.

Caring for a LaPerm cat

Comb his hair a couple of times a week and you should not have any tangling issues with his coat. Plus, this will reduce coat shedding, which happens with this breed.

Stay in touch with us here in Dogalize to learn more about caring for your cat. We have a lot of information and resource on everything related to cats.