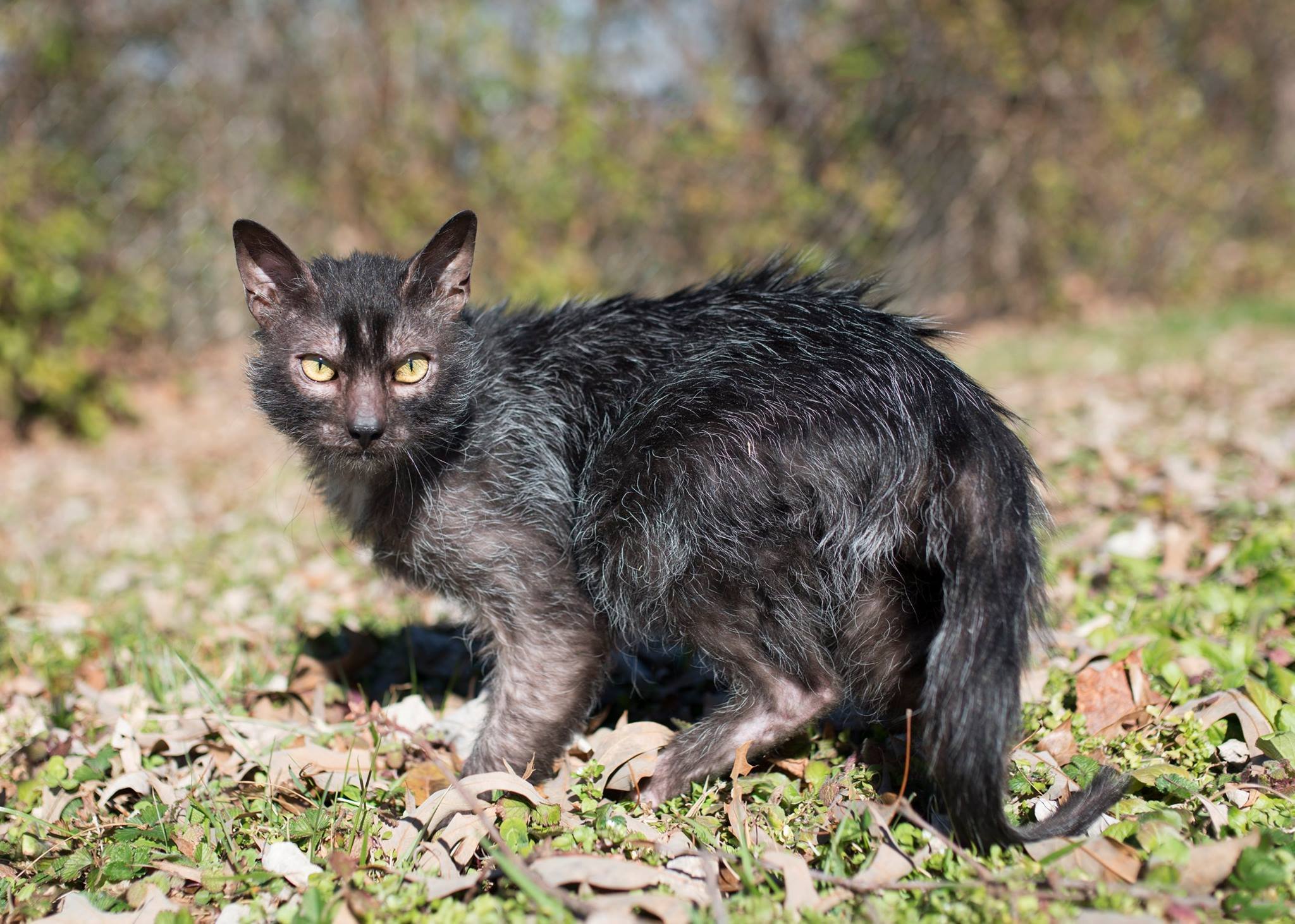 The Lykoi cat is a breed that is pretty exotic and exciting to look at. The unique style of this breed makes him look like a werewolf. Hence the name, which is a play off the Greek Lycos, meaning wolf.

The feral looking Lykoi cat has its looks from a naturally-occurring mutation that has been going on domestic cats for the last 20 years. Johnny Gobble, Brittney Gobble, and Patti Thomas developed the breed in 2011 in Vonore, Tenessee. They crossed two cats from two unrelated litters of unusual kittens. Then the very first litter of Lykoi cats came to be.

The gene that makes them look like wolves is recessive. To reduce genetic inbreeding, breeders outcrossed Lykois with domestic cats.

The body of a Lykoi cat is partially or entirely hairless. When they are almost covered with hair, their coat has the appearance of that of an opossum. Their hairless face gives them that unique look that cat enthusiasts love. The coat of the Lykoi cat is black roan on a solid weight body. When these cats grow older, they shed a lot but the hair grows back at some point.

These cats are very intelligent. They are pretty playful and love to be close to their relatives. However, they can also do well playing by themselves. One interesting feature of these scruffy-looking felines is that they act like dogs. They will fetch, hunt, and hound in the wild, just like a dog would do.

They are a bit aloof with strangers until they can confirm that they are out of danger. They are very protective of their family and a little territorial with their toys. But they are willing to share, even with another cat, if asked for.

Caring for a Lykoi cat

The Lykoi cat does not have an undercoat. Brushing it once a week will suffice. Even when this cat does well inside the house, he will also enjoy some time outside where he can vent off. We love cats as much as you do. This is why we have plenty of material to help you take care of your feline companion.  Get in touch with us for more information.