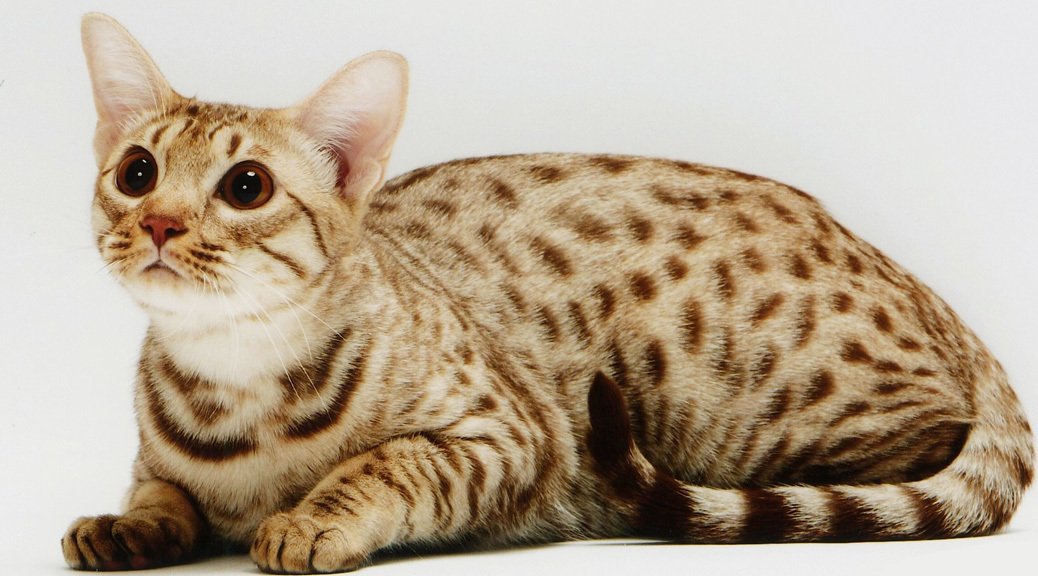 The Ocicat is a breed that resembles a wild cat. However, his genes are that of a domestic cat. This feline enjoys playing and retrieving toys.

The Ocicat came into existence by accident. In 1964, Virginia Daly was trying to produce an Abyssinian point in her Siamese cats. To accomplish this, she crossed a sealpoint Siamese with a ruddy Abyssinian. The kittens of this litter all looked like Abyssinians. She crossed one of these with a Siamese. This cross resulted in Siameses with Abyssinian points. But an ivory-colored coat with golden spots was different from the rest. She named him Tonga.

Tonga was sold but repeated crossings with him produced more cats with his same characteristics. To increase the size of the cat and produce the silver color, American Shorthairs were also involved in its development. The Cat Fanciers Association and The International Cat Association officially recognized the Ocicat in 1987. The name of the Ocical probably comes from the name of the Ocelot.

Standards for the Ocicat only admit twelve color coats. Their almond-shaped eyes are embedded into a wedge-shaped head. Their bodies are long, strong, and muscular. The dark and contrasting spots in their body help them look like the Ocelot.

These cats are social and friendly and will not necessarily back away from strangers. Do not let his feral appearance fool you. They are very loyal to their families. Playing games and fetching are some of the things the Ocicat is willing to do. These dog-like characteristics make him a good pet for training.

Caring for an Ocicat

It is necessary for you to comb the Ocicat´s hair every week to avoid matting. He is usually a clean cat, so you will rarely need to bathe him.

Taking care of a cat is a huge responsibility. But do not worry, we have you covered. Get in touch with us here in Dogalize to learn more.