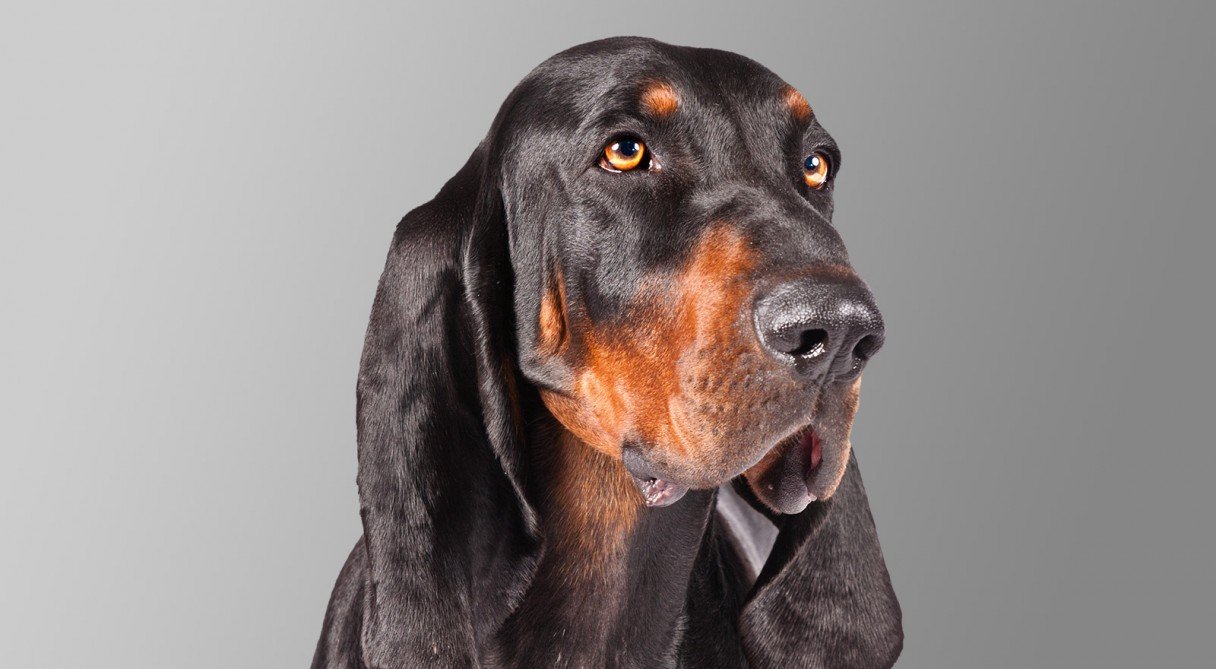 The Black and Tan Coonhound dog is a working dog, primarily used for trailing raccoons. They were born in the USA and are the result of the cross between the Bloodhound and the Black and Tan Virginia Foxhound. He is a domestic dog that loves to be at home to play, as well as jog and run with you.

The direct ancestor of the Black and Tan Coonhound dog is the Talbot Hound, a medieval English dog from the 11th century.  The breed was developed by colonial settlers in the mountains of southern USA in the 1700s. Originally, he was developed to tree raccoons and opossums. This made him a great companion for colonial settlers.

The AKC officially recognized him a breed in 1945. He is not very popular companion dog since he ranks 132 on AKC’s dog popularity scale.

This is the largest of the coonhound breeds. The black and tan marks are very similar to those on Rottweilers and Dobermans. Their legs are muscular and are large in proportion to their body. The males usually stands at 25 to 27 inches and the female 23 to 25 inches. Their weight goes from 75 to 100 pounds.

The Black and Tan Coonhound dog is amicable, mellow, sweet, and calm. However, being a hound, he will follow any trail that he discovers and there is hardly anything that will talk him out of it. He does very well with children and but not so well with strangers.

Caring for a Black and Tan Coonhound dog

Keep the Black and Tan Coonhound dog in a fenced yard. If they sense a trail, they will jump over the fence and walk for miles until they find whatever called their attention. This is a pack dog, which means that he does well outdoors with other dogs. If he is an only dog, keep him indoors so that he does not get lonely. He does not bark, but he more like bays and howls.

This dog can be trained with a strong and firm hand. He is independent and stubborn, making him a bit difficult to train. If he perceives a scent, he can be a trouble as he will do everything in his power to follow it.

Follow us in Dogalize to learn more about other breeds of dogs that you can adopt. We also have information on how to adopt your next best friend.