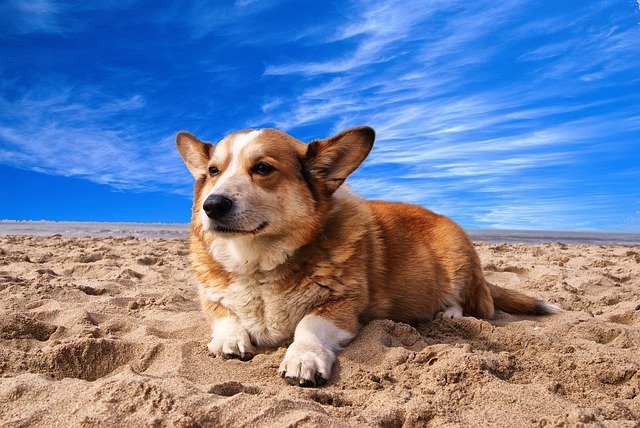 The Cardigan Welsh Corgi dog is the oldest of the two dog breeds known as the Welsh Corgis. These dogs are thought to have existed in Wales for over 3,000 years. The name comes from the Welsh “cor gi” which means “dwarf dog”.

Cardigans are said to be originals from the Teckel family of dogs and one of the oldest herding breeds. Cardigans used to drive cattle around and protect them from predators. They were so valuable to the Welsh that they would severely punish anyone beating any of them. This breed and his cousin the Pembroke first appeared together in dog shows in 1925.

Until 1934, these dogs were considered to be one single breed. But know there are known as two separate breeds: Cardigans and Pembrokes. The Cardigan Welsh Corgi dog is called that after his place of origin: Ceredigion in Wales. The AKC officially recognized it as a breed in 1935.

This dog is long; he is known as the yard-long dog. This is a low dog with a nice bushy and long tail. Their double coat can have a variety of colors including sable, red, brindle, and black. In average, a male Cardigan Welsh Corgi dog is usually 10.5 to 13 inches tall and weighs between 30 and 38 pounds. The females have a very close average height, if not the same, but weigh 25 to 34 pounds.

This dog is an alert one, a wave to his hunting ancestry. He is not as social as the Pembroke but he is adaptable and responsible.

These dogs bark all the time at anything. This makes them good watchdogs and also considering they are not too social with strangers. He needs daily walking and exercising. Despite his double coat that protects him from the chill, the Cardigan Welsh Corgi dog is not a dog to stay outside all day. They must interact with their human family.

Due to his intelligence, he is highly trainable. However, make sure he knows who the boss is since he is also an independent dog.

Stay here with us in Dogalize. We have many resources we can´t wait to share with you.