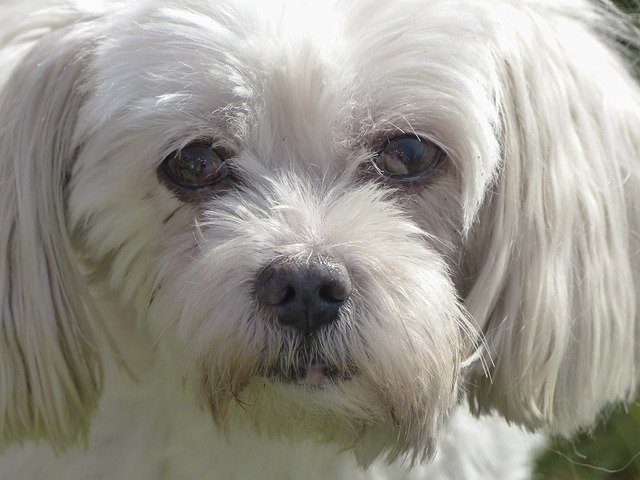 The clownish Coton de Tulear dog is a small breed named after the city of Tuléar in Madagascar. This cotton-like pooch is related to the Maltese and the Bichon Frise.

The Coton de Tulear dog, a member of the Bichon family probably came to the large island of Madagascar several hundred years ago. How they got there is unclear. Some say that the dogs were beached on Madagascar after surviving of a shipwreck. Others claim that they accompanied ladies on long voyages or that they were used as rat hunters in boats.

Either way, once they arrived in Madagascar, the dogs quickly settled. They became royal court pets and to the wealthy households. In the 1970s a French man visiting the island brought some dogs back to France and started working on a breeding program. They came to the US during the same decade. The AKC recognized the breed in 2014.

This small dog has a long, silky, and soft hair. This coat can also be medium sized and is considered hair instead of fur.  It gives the Coton de Tulear a cotton appearance. The three accepted colors for this breed are: white, black and white, and tricolor.

This dog loves to spend time with humans and loves to please them. He is very playful and clownish. They are not barkers but will voice out more than once when they hear the bell.  Females are more independent than males and usually rule over them.

Make sure you spend time playing with this little pooch. He wants to play and be a clown all the time. He is an indoor living dog. But if you want to take him to a yard, make sure it has a fence.

Some people say that house-training the Coton de Tulear is difficult. However, they are intelligent dogs and if you provide a consistent schedule, time to go out, and praise for going potty in the right place, he should pick up really quickly.

We know how much you love your pet. If you love to know about other dog breeds, here in Dogalize we have basic information on different breeds. We also have resources for you to check out.