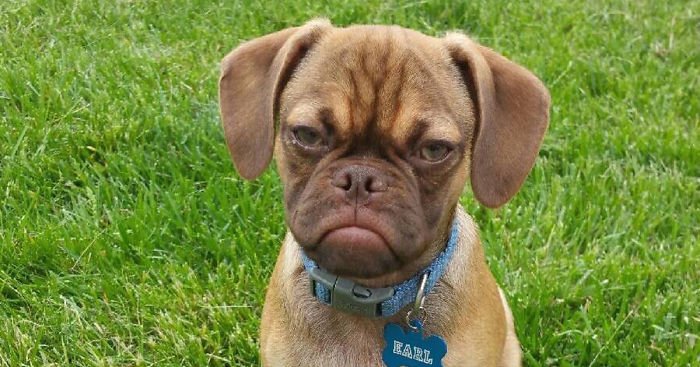 A Dog Meme Will Brighten up Your Day

Have you been feeling blue lately? Try a dog meme for that? Are you feeling worried about the economy? You can try dog memes to make you forget, at least for a while, how broke you are. We all love dogs and enjoy watching them in the funniest situations. So dog memes make the best example of images that make us crack.

We have collected the most popular dogs on the internet that have been turned into a dog meme. Each one of them has earned a place on the world wide web and in our hearts due to the comical way in which they make us see life.

Sam was a blind pure Chinese crested dog owned by Susie Lockheed from Santa Barbara. The dog won the contest of ugliest dog from 2003-2005. He was euthanized due to heart complications in 2005.

Cupcake Dog is the nickname given to an Australian Sheperd dog named “Staines“. He was featured on Animal Planet’s show “It’s me or the Dog“. The dog became famous in 2009 when he was videotaped hypnotically staring at a tray full of pancakes.

This is a Shibu Inu dog, property of David Fung and Yena Kim from New York, who took pictures of their dog in men’s apparel.

In the same fashion as the Grumpy Cat, the Grumpy Dog is a pug and beagle mix who became famous due to his cute grumpy expression. Earl is from Davenport, Iowa.

Advice dog is an image macro series composed of a smiling dog head over a multicolored wheel of six colors. This meme includes an advice that is either poor, deplorable, or unethical.

This is an image macro series featuring a black Labrador which is anthropomorphized with the captions to make it appear as if he is answering the phone. Many remixes of him have been made including other animals with the same anthropomorphic characteristics.

This image became famous in 2008 and features a dog trying to drink water out of a sprinkler.

Also known as “Pissed off Husky“, this macro series features an image of an Alaskan Malamute with an annoyed look sitting next to a man and a woman on a snow-covered mountain. The captions usually portray the dog as an overprotective bro of his owner and with guarded feelings towards the female.

Pun Dog is an image macro series made of three panels. It features an Alaskan Klee Kai dog with captions of animal-related puns and usually with an anticlimactic punch line.

“Doge” is an internet slang for dog and is usually written with the image of a Shiba Inus and some internal monologue captions.

If dog memes have not made your day, maybe adopting a dog will? Here in Dogalize we have plenty of resources to help you either get a puppy or to take better care of the one you already have. Visit us to learn more.