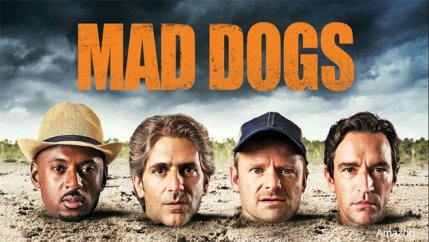 The plot of the Show

The show takes place when a group of underachieving 40-year-olds get together in Belize to celebrate the early retirement of one of them. During the time in Belize, some comedic and wild events unfold. But these events help expose dark secrets and lies, deception and murder. So, basically, the story goes around all the terrible things that happen to these friends while they are at the “vacations from hell”.

Sony Pictures sold the rights to the show to many countries around the world before the initial Amazon airing. Reviews about the show were mostly positive for the first episodes and this looked like one solid project. Critics especially noted the beautiful Belizean landscape.

Critics did not fail to notice, though, that the show is a bit insecure about the middle episodes of the season but considered this a good thing as the focus should be on the interpersonal conflicts.

After a promising launch of ten episodes for the first season of the show and positive reviews, it was time for Amazon’s head of programming Roy Price and his team to sit with the show´s executive producer Shawn Ryan and creator Cris Cole. After the meeting, Price announced that Amazon would not renew the show for a second season.

On a letter he wrote about the meeting, Ryan said, “Cris and I laid out a story for Season 2 we believed in.  Ultimately, Amazon didn’t want to make that story, and we didn’t want to make the kind of story they wanted us to make, so it made more sense to declare victory after ten episodes, which was our original plan all along anyway.”

It is true that “Mad Dogs” has nothing to do with real dogs. However, we humans seem to fancy being like them. This is how much we love our own mad dogs at home. Follow us here in Dogalize to stay tuned to the latest news about dogs and everything dog-related.