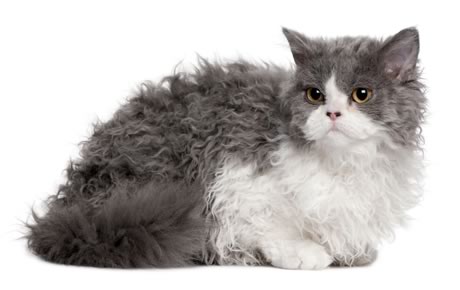 Oregon rex cat: characteristics and behavior – discover it on Dogalize!

The Oregon Rex cat was a member of a group of cats with a natural mutation that caused them to have a characteristic rex coat variation. It became pretty popular in the United States when it was acknowledged a separate cat breed.

The first Oregon Rex cat was born in 1944. This kitten was different from the rest of the cats in the litter due to its curly hair, while the mother and the other kittens had straight hair. The name of the breed comes from the place where this happened.

These cats had a characteristic curly hair, short, and silky. Their physical appearance is very similar to a typical rex coat breed. Their bodies are elongated and with a tiny build. His short coat had a normal size and number but there were whiskers.

His slender body rested over long and slim legs that ended in tiny, round paws. Genetically, the Oregon Rex was different from Cornish Rex and Devon Rex in that its mutation was caused by a recessive allele.

It is difficult to accurately describe what this cat´s personality was, but it is thought that it combined the temperament traits of the other rexes. They were affectionate and needed a lot of attention. They loved to be involved in family pet activities and were very playful.

Caring for an Oregon Rex cat

In order to have an Oregon Rex cat as a pet, the owner had to invest playing time on him. Given that they were attention seekers, they could be a little too vocal. These cats also had a stubborn and arrogant behavior which made them difficult to handle.

Even though the purebred Oregon Rex cat is no longer around us, there are other Rex cats with which it mingled. Here in Dogalize we have a lot of resources to take care of your cat. Contact us for more information.