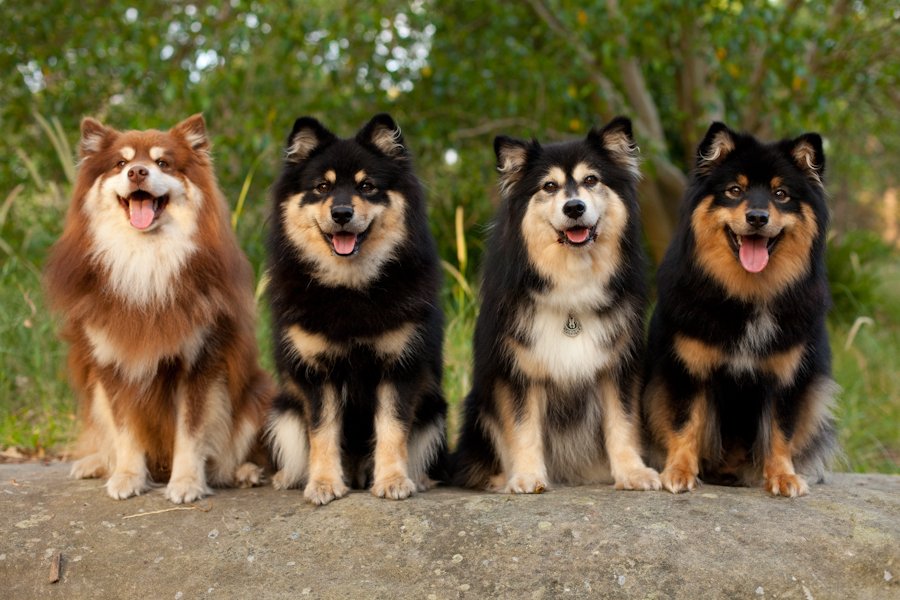 The beautiful Finnish Lapphund dog is a medium-sized dog of the Spitz family.  When first created, he would herd reindeer in his native Lapland, at the north of Finland.

Originally, this pet was the herd dog of the Sami people to herd reindeer.  The first standards to define what a Finnish Lapphund dog should look like were developed in Finland in 1945 by the Finnish Kennel Club.  But a group of enthusiasts from Norway and Sweden had attempted to set those standards before Word War II started.

The first American litter was born in 1988. In 1994, the breed was officially recognised by the United Kennel Club (UKC), the second largest kennel club in America. The breed was accepted into the AKC Miscellaneous Group on July 1, 2009 and became a fully recognzed breed in the Herding Group on June 30, 2011.

(Dogalize insight: the Finnish Lapphund Club of America (FLCA) is the parent organization in the United States and was awarded parent club status on November 25, 2015, allowing it to hold licensed championship point events and much more)

So, definitively, the AKC recognized the Finnish Lapphund until 2011.

This is one strongly built, medium-sized dog.  His nose is elegant, he has distinctive markings and his ears move a lot.  They possess a rather thick undercoat which makes them waterproof and allows them to thrive during the winter.

Some members of this dog breed have a genetic condition that makes them develop “spectacles” around their eyes.  Males can stand at 19.5 to 20.5 and females are between 17.5 and 19 inches.  Their weight is usually from 33 to 53 pounds.

The Finnish Lapphund dog is very energetic and very active. He is very courageous when he is at work. Will react a bit aloof with strangers but warms up after a short time.   They are friendly and can make a good watchdog since they will usually bark at strangers and always alert.

Caring for a Finnish Lapphund dog

This dog sheds and you will probably need to clean his mess.  Put him in a large and fenced backyard.  Give him physical activities such as toys and other mind-challenging tricks.

The Finnish Lapphund is a naturally healthy breed, and typically lives 12–14 years, although dogs of 16–17 years are not that rare in Finland.

GPRA is a progressive eye disease that can cause permanent blindness in dogs. In the Finnish Lapphund, this tends to be late onset, but can typically appear between the ages of 1 and 8 years.

GPRA is a genetic illness, and is transmitted via an autosomal recessive gene. A reliable genetic test for the prcd-form of GRPA has been developed by OptiGen, and breeders are increasingly testing breeding animals before deciding on suitable mating pairs. The Finnish Lapphund club of Great Britain adopted an ethical policy in 2006 that matings will only be allowed if the progeny can not be affected by GPRA.

Some Lapphunds are affected by cataracts, around the 3.4% of Finnish dogs are affected. Cataracts can be caused by a number of factors, and the mode of inheritance is not yet well understood. Since the incidence in Finland is relatively high, the disease is considered to be hereditary. In the UK and USA the number of affected dogs is very small.

The ethical standard in most countries require the stud dogs to be hip-scored, but the incidence of hip dysplasia is low.

This dog enjoys games of obedience so he is accustomed to his owner and obeying his commands. Train him consistently and you should have a well-rounded pet.

Here in Dogalize we have tons of resources and information about dogs and their care.  Plan to follow us and get updates on everything related to your dogs.