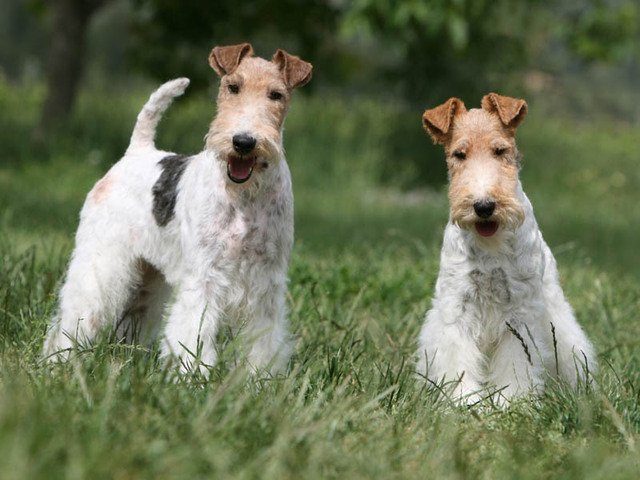 When the Fox Terrier dog was developed, he had the purpose of flushing foxes out of their hiding places.  Today, these dogs make great companions, but other still engage in the fox-retrieving realm.  There are two types of these dogs: the Smooth Fox Terrier and the Wire Fox Terrier.

If we want to go back to the very origins of these dogs, we should probably go to the year 54 BC when small dogs were used by hunters to chase quarry.  Now, the earliest record of a Fox Terrier comes from 1790, from dog named Pitch, owned by Colonel Thomas Thornton.

Hunting then became very popular in the 18th century and hunters developed this dog breed.  They needed a dog that could bolt inside a fox’s den and pull him out.  It is believed that these hunters developed the breed using Greyhounds, Bull Terriers, and Beagles.  There is a lot of story behind these dogs that have been royalty companions and competed in many dog shows.  The AKC recognized both types of Fox Terrier in 1885.

The head of the Smooth Fox Terrier dog is large and wedge-like.  His coat is hard and short. They have small and dark eyes and V-shaped ears.  They can measure 14-15-5 in and weigh between 15 and 19 pounds.

The Wire Fox Terrier has a dense double coat.  The coarse texture of the undercoat provides him protection from the cold.  They have the same average height and weight of the Smoot Fox Terrier. 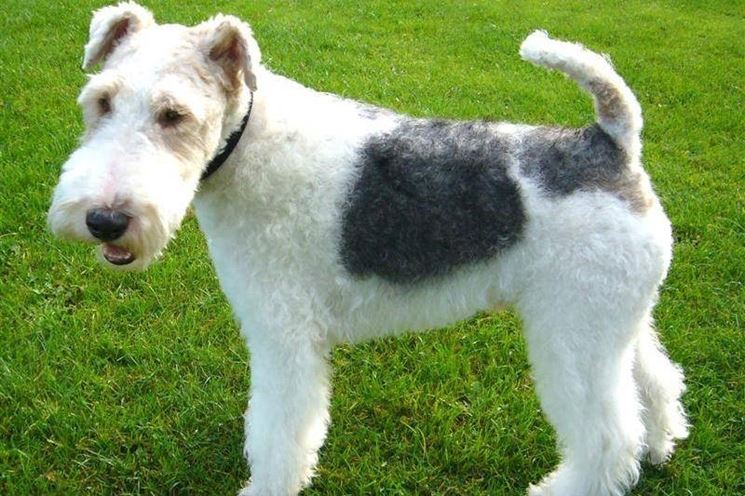 These charming dogs are alert, smart, and lively. They are great with people but will very easily pick up a fight with other dogs.  They bark a lot but make excellent watchdogs.  The Fox Terrier dog is also outgoing and inquisitive.

Caring for a Fox Terrier

Because this dog is very active, he needs a spacious fence, despite his size.  If you are taking him out, always do so on a leash unless you want to run after him all over the city.  He is probably not suited to go to the park as he is always seeking for trouble with other dogs.   Provide him with 30 to 45 minutes of exercise to keep him from boredom.

Myasthenia gravis, a neuromuscular disease, is inheritable in the Smooth Fox Terrier. This can also be a symptom of megaesophagus, which is a health issue for the Wire Fox Terrier.

Another condition in the Smooth Fox is cataracts, which is more prevalent than average in the dog breed. Both types of Fox Terrier can be susceptible to allergies.

In a survey conducted by The Kennel Club, the primary cause of death for Fox Terriers was old age, causing 31.8% of reported deaths. The secondary cause was cancer of an unspecified type, which accounted for 22.7% of reports. The average lifespan is around 15 years; however, an official survey reported a median age at death of 13 years and 2 months

These dogs are highly intelligent but they also have a will of their own.  This makes training them a challenge.  Be patient and keep your sense of humor.

This breed is definitively a great dog for active families.  Here in Dogalize we have a lot of resources for you to become your dog´s best owner.  Contact us for more information.