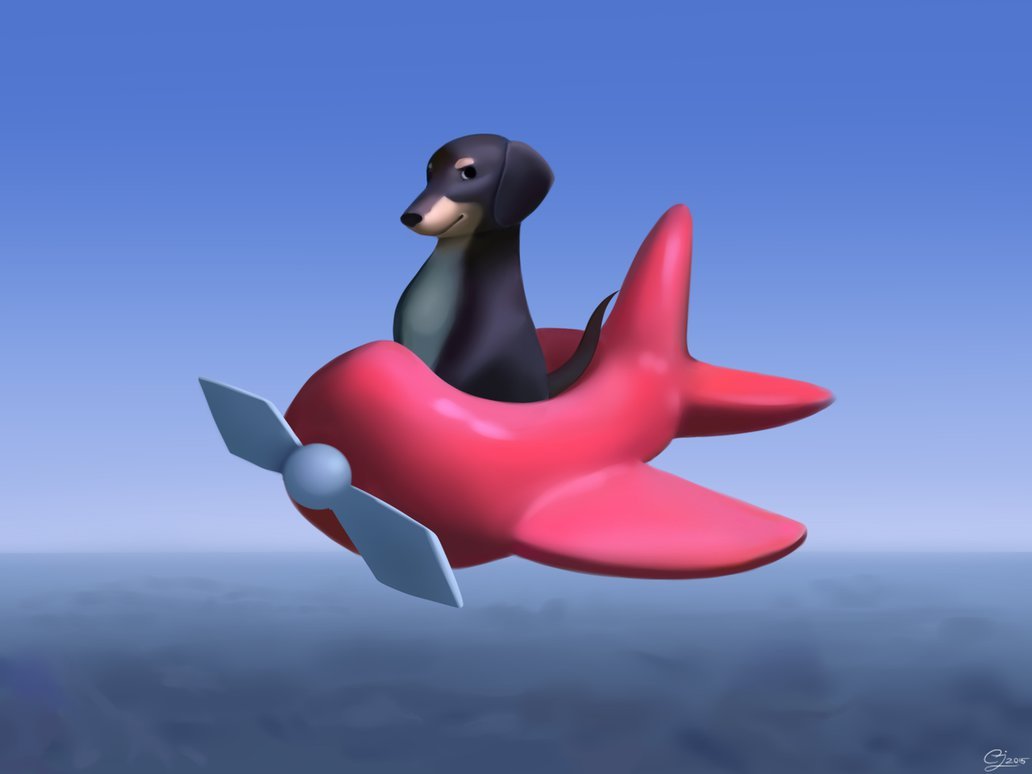 This sounds like a dog that spreads some kind of wisdom. Well, it is and then it is not. This is yet another fictional character that was part of a video that went viral.  The dog of wisdom has been viewed millions of times thanks to its surrealism and random dialogue.

The animation video begins with a Dachshund flying an airplane.  The language that he uses to talk is probably invented by the author of the video, Joe Gran. But nothing to worry as English subtitles are offered throughout the video. The dog starts by saying how smart and cute he is.  We happen to agree on this one. We soon learn that his name is “The Dog“.

He then begins to bark out of nowhere. A nod to dogs who love to bark for nothing. He suddenly meets, sitting on a cloud, the Dog of Wisdom. This dog explains our plane dog what kind of wisdom he has by spreading it from his wisdom tooth. Perhaps the knock knock joke was even better. Both dogs end up singing the theme for an 80s sitcom called “The Greatest American Hero“.

When the video of the dog of wisdom was posted on Reddit, it obtained 217 points with an 80% upvote.  It also gained 493 upvotes in the weird video section. On that same day, users repeatedly posted the video on Facebook. One day later, the Facebook page “The same video of Dog of Wisdom every day” was founded. The page posted the same video every day for four months. It reached more than 104,000 likes

Since then, there are many versions of the wisdom dog, including a My Little Pony parody and a representation of the twin towers.

Remember that here in Dogalize we have a lot of information and resources on dogs and how to keep them happy. Follow us and learn what caring for a dog really implies.