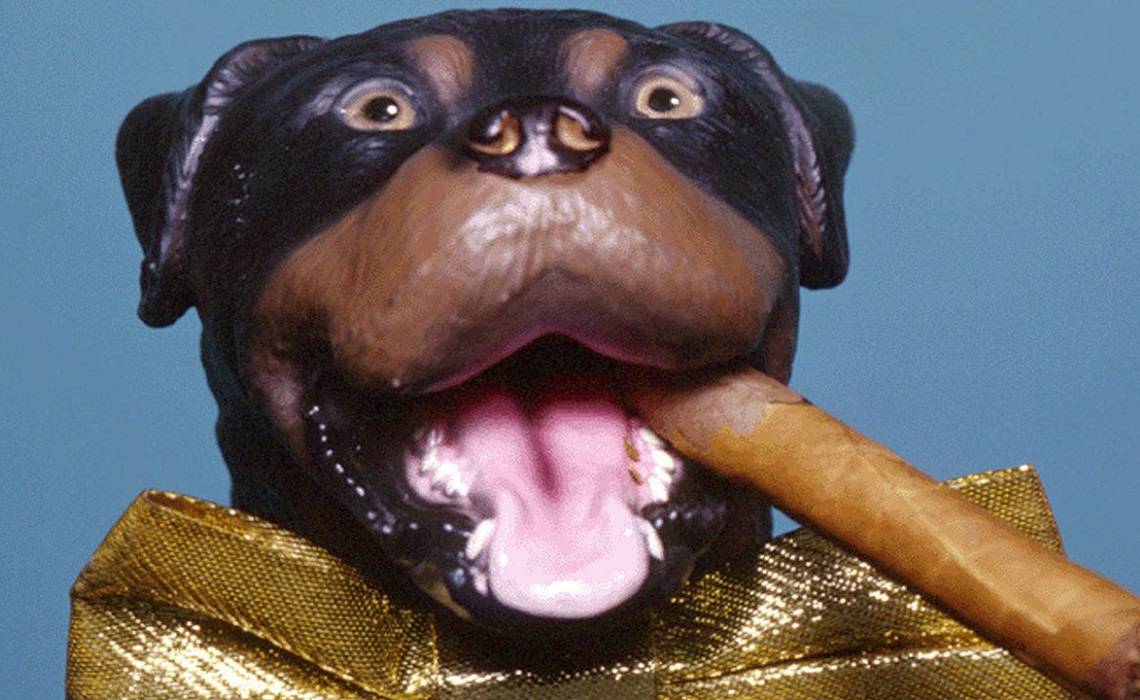 Dog webstars: who is Triumph, the Insult Comic dog?

Triumph, the Insult Comic Dog is a puppet dog voiced and puppeteered by Rober Smigel.  This character´s trademark is that of insulting celebrities, mostly.  He honors his name in this way.  His debut was in 1997 on NBC’s Late Night with Conan O’Brien.

He usually appears with a cigar in his mouth which eventually falls as he speaks.  It comes as no surprise that Smigel and Triumph have been ejected from several shows due to his statements and antics.

Triumph, the Insult Comic Dog is identified as a Yugoslavian Mountain Hound.  As the name indicates, his specialty is insulting comedy.  In other words, he makes people laugh by mocking celebrities.  His insulting style is usually raunchy, to say the least.

Some comments from Triumph, the Insult Comic Dog

In order for you to understand the type of comedy of this dog, maybe we should take a look at some of his most celebrated appearance on television and other media.

There are a lot of many other appearances with other celebrities.  Triumph’s comedy is definitively harsh and insulting.  In 2003, he released an album titled Come Poop with Me. It was nominated for a Grammy Award as Best Comedy Album.

Don´t forget to stay with us here in Dogalize for tips and tricks on how to best take care of your dog.  Be the best owner that your pet deserves. Let us help you.