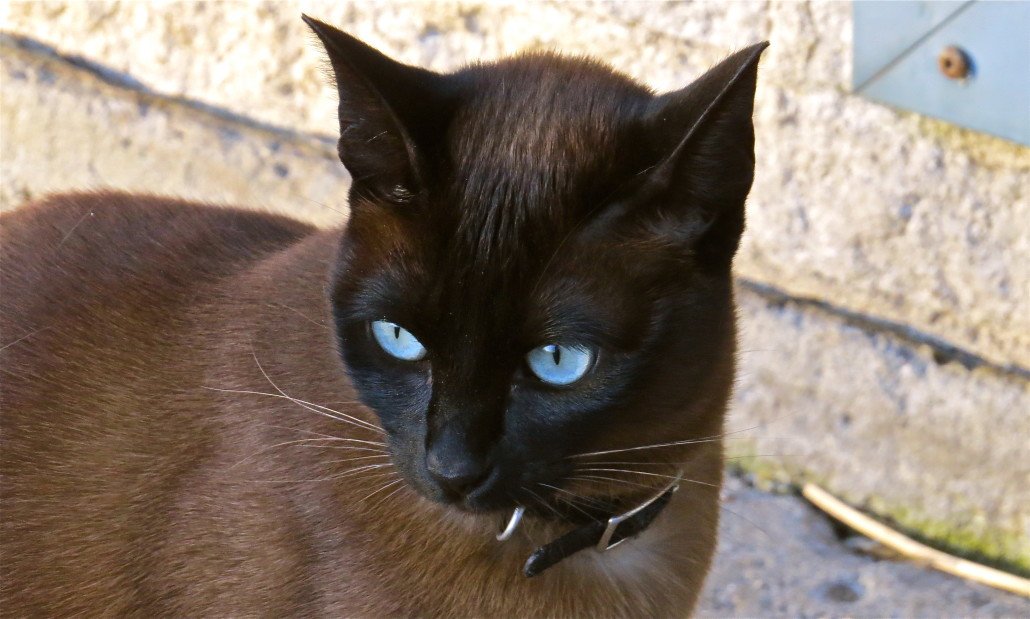 Ojos azules cat: characteristics and behavior – only on Dogalize!

The Ojos Azules cat is a rare cat breed of domestic cat whose most striking feature is their gorgeous blue eyes.  “Ojos Azules” is blue eyes in Spanish. The breed was developed in the United States.

It all began in New Mexico in 1984, where certain cats with dark blue eyes were discovered within a feral population. Actually, Cornflower, a tortoise cat, was the first cat to ever be discovered that year. When Cornflower was bred to unrelated cats, the kittens all displayed the blue eyes, proving that the trait was controlled by dominant genes.

This breed is very rare and it is still going through studies to confirm if preserving the blue eye coloration has a genetic side effect.  TICA recognized the breed in 1992.

Besides the striking blue eyes on the Ojos Azules cat, they also have a flat-tip tail.  As with their coats, any coloration is accepted, except white. This is because they would be unrecognizable from other white cats with blue eyes.  This soft and silky double coat has white patches on the limbs, tail, and face.

The blue eyes in the Ojos Azules cat do not come with any other linked condition.  This blue coloration is deeper than the one found in the Siamese.  Unlike other cats with blue eyes, the Ojos Azules does not have any condition or predisposition to blindness, deafness, or cross-eye.

Very little is known about the Ojos Azules‘s personality due to it being so rare. It is known though that these cats are people-oriented.  They are pretty playful and love human companion.  They are very social cats and like to be around their family.  These cats are friendly to strangers and other pets.

Caring for an Ojos Azules cat

The Ojos Azules cat requires very little grooming and bathing.  Due to the rarity of this cat, it is very unlikely for you to have one.  He is very playful so make sure you engage him to stimulate him physically and emotionally.

Here in Dogalize we understand how much your cat or cats mean to you.  This is why we have prepared extensive information on cat care and essentials.  Contact us to learn more.