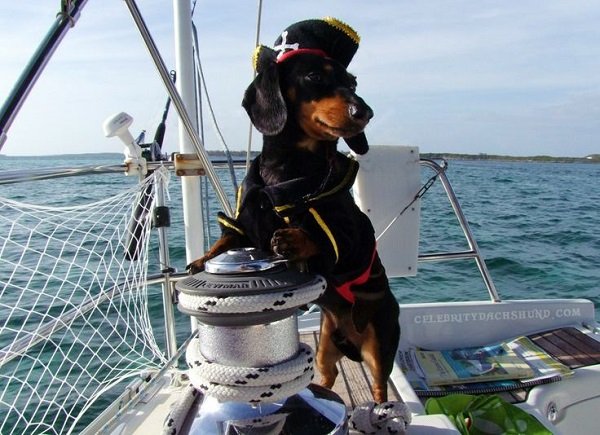 Bartender, mix me a Salty Dog

If you are a dog lover, there seems to be no recollection of anything when you read “salty dogs”. Probably the first thing that comes to mind is a dog with a salty skin. But then, who would actually taste a dog to see if he is salty? Or are there also any “sugary” dogs. Either way, you are wrong. The truth is that the expression has little to do with our pets. At least there is no such thing as a literal salty dog. We found three different definitions of what a salty dog is.

Salty dog is a drink

If you go to your local bar, get him to make you a salty dog, in honor of your dog, the one you left at home. This is a cocktail of gin or vodka, and grapefruit juice. It is served in a highball glass with a salty rim.   Now go figure, if the glass does not include the salt, then it is called a Greyhound.

Here´s the recipe for preparing a refreshing homemade salty dog:

Get two highball glasses, moisten their rims, and place them upside down on salt on a plate.  Fill the glasses with ice cubes. Pour 1/4 cup of vodka over each glass.  Add equal amounts of grapefruit extract on each.

Salty dog is a slang

It is actually a nautical slang. This refers to a person who has spent a lot of time in the ocean, which would be a sailor. It is easy to figure why the term salty. Now, dog is thought to proceed from the fact that this expression was initially used to describe pirates, which due to their criminal lifestyle, they were considered as anything less than a dog.

Salty dog is a person

You would usually use it on your favorite person.  So you can say that your favorite person is your salty dog.  This comes from the fact that people used to rub salt on their dogs to prevent ticks.  Since salt was commonly in limited supply, owners would only do this to their favorite dog.

Don´t forget to visit us here in Dogalize to learn more about dogs. We also have useful information and plenty of resources to help you become the best owner. Contact us to learn more.