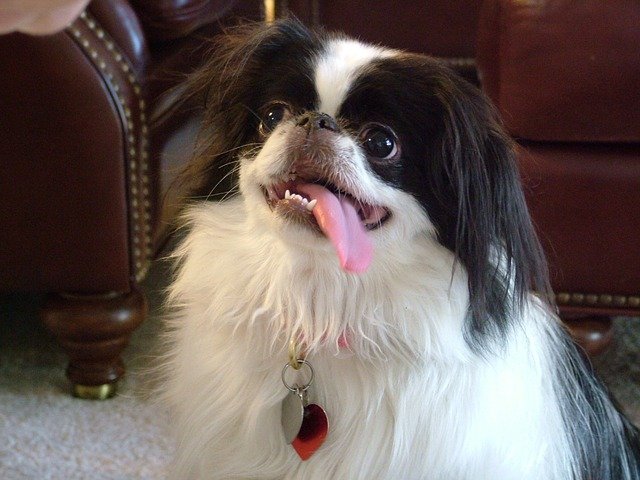 This elegant and fun dog, the Japanese Chin Dog, comes from Asia.  He developed the characteristics he is known for today in Japan.  For more than a thousand years, this dog has been a companion to Asian homes.  Today, this sensitive dog has the only purpose of being a companion to humans.

The Japanese Chin dog is one of Japanese and Chinese imperial courts. In ancient times he was highly prized and given as a valuable gift.  Probably one of these gifts was given to the emperor of Japan and made his way to the island where he developed his traits.

In Japan, he was not considered a dog (inu) but a separate being (chin).  He was crossed with spaniel-type dogs and with time acquired the looks he has today.  This dog was not known in the world until 1853 when Commodore Matthew Perry brought international trade to Japan.

In the United States, the dog became popular among the rich and wealthy.  He was called Japanese Spaniel until 1977.  The AKC officially recognized the Japanese Chin dog in 1888.

The coat color can be black and white or red and white.  His sharp expression gives him an Oriental look.  This lively dog has a square built and walks with a sprightly and stylish gait, proper of the aristocracy.

His coat is single, silky, straight and abundant.  They stand 8 to 11 inches and weigh between 4 and 9 pounds.

The Japanese Chin dog is intelligent and affectionate.  He always shows himself happy and charming.  They do not bark too much and will usually sing and chatter to announce the arrival of guests in the house.

They are known to shape their personality based on where they live.  If their home is quiet, they will be a quiet pet.  If the home is more active, they will surely add their 50 cents to the action.

Caring for a Japanese Chin Dog

When it comes to exercising, these dogs require very little of it.  A short daily walk and some playing session are all they need.  They are companion dogs and should not live outside or in a kennel.

Since they are low-energy dogs, they can live in an apartment.  When you take him out, we suggest you put on a harness instead of a collar since these dogs are very delicate.

Training a Japanese Chin dog can be slightly difficult.  This is because they have a mind of their own and they can easily get bored.  Use positive reinforcements and a lot of patience.  Using harsh methods will only make things worse as he will walk away and show himself uncooperative.

In Dogalize we have everything you need to take care and train your dog.  We know that you love your best friend very much.  This is why we have prepared amazing material for you to check out.