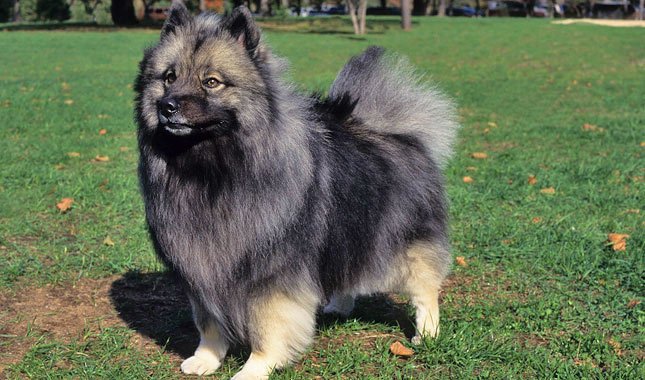 The Keeshond dog is the most beloved dog in Holland.  His intelligent, lively, and alert qualities earned him this distinction.  This old dog breed traveled the canals and rivers of Holland during the 17th and 18th century as a companion and watchdog.

This dog was a companion and watchdog in small vessels that traveled through the Rhine River during the 17th and 18th century.  The Keeshond dogs became very loved during a time in which Holland was going through political unrest.  The country was divided into the prinsgezinden, or followers of the Prince of Orange, and the prinsgezinden, this is, the patriots.

The leader of the patriots, Cornelius de Gyselaer, had a spitzer dog named Kees.  The patriots were known as the Keezen and the Keeshond dog became a symbol of the rebel party.  When the patriots failed to throw down the Prince of Orange, the dogs fell into disgrace as they were considered the symbol of a lost cause.

In 1905, Miss Hamilton-Fletcher rediscovered the breed.  She convinced her parents to take two puppies to England and one of them became the basis for the breed in Great Britain and the first time outside of Holland. Carl Hinderer bred the first litter in American soil in 1929.

The build of this dog is sturdy and with a typical spitz appearance.  The head is wedge-shaped with a medium-length muzzle.

The double coat is dense with a thick ruff around the neck.  The hair on the legs is short and smooth and the one in the tails is profuse.  This coat is a mixture of black and gray with some white.

This dog cares mostly about being a companion.  He is not really interested in hunting or any other job.  He is lively and alert and always ready for action.  His outgoing personality and fondness for adults and children alike make him a great companion.

Caring for a Keeshond dog

The Keeshond dog is happy in an apartment or a big house.  He needs to live with his family as he is a companion dog.  If he is left alone in the yard for too much time, he will get bored and bark a lot.  He is not really a runner and does not require much exercise.

This is a highly intelligent dog and is highly trainable.  Although you can expect the unexpected, it can easily learn manners and commands.

We can help you take good care of your Keeshond dog. In Dogalize we have all you need to become the owner your dog deserves.  Get in touch with us to learn more.