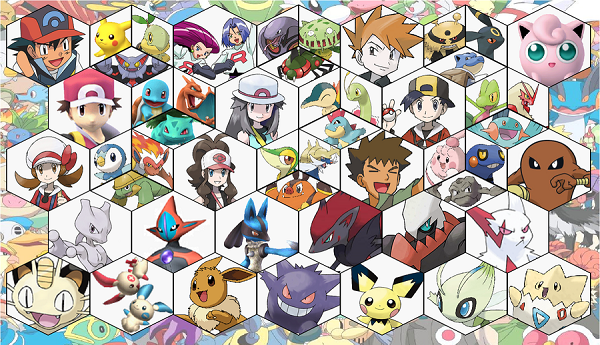 Dogs in the Pokémon Series

We gotta catch them all to pet them all! The Pokémon universe includes some members of the canine world. Today, we’ll go over every dog Pokémon.

Dog Pokémon: the most famous

Growlithe is the puppy and Arcanine is the adult. They are the first dogs in the Pokémon series.  These fire-type and highly strong dogs might look like tigers due to the stripes on their backs, but they are dogs.  Growlithe, when exposed to a fire stone, evolves into the grown-up Arcanine.

Snubbull is a generation II Pokémon that resembles a cute pink bulldog.  You can probably think of cuteness for this one, given his pink coloration and polka dot dress.  Training Snubbull to level 23 gives us Granbull. This one has a more ferocious appearance although the pink color remains.  There is no more dress for this dog Pokémon.

These two are also generation II “hounds”.  They are Fire types as well but members of the Dark family.  Houndour will evolve into Houndoom in level 24.  This duo is one of the best in the entire series.

Suicune is a water Pokémon and member of the “Legendary Beasts” trio.   This is the one of the three that resembles a dog the most.  It has the ability to purify and walk on water.

This dog Pokemon is Beagle-like and his tail helps him remember his opponent’s last move.  He retains all these which makes him pretty much knowledgeable of many moves.  He is a dopey dog with his tongue out.

These popular ones are from generation IV.  They are the first fighting type dog Pokémon in the series.

Other members of the Dark type, Poochyena is a puppy that will evolve into Mihgtyena in level 18. His fur becomes longer and with a more fierce appearance.

This is an electric dog with an unusually large head.  In level 26, it becomes Manectric.  He is thought to make his nest where lighting strikes.  Manectric mega evolves in Generation VI.

These three, introduced in Generation V, are the Normal type. Lillipup becomes Herdier in level 16.  Herdier, a much more dignified dog becomes Stoutland until level 32.

Generation VI gave us a poodle-like dog. This dog can be given different haircuts but it will come back to normal after 5 days.

Here in Dogalize we love dogs as much as you do. And yes, we also love Pokémon. Visit us for more interesting facts and information on pet care and dog love. Get in touch may you have any questions.