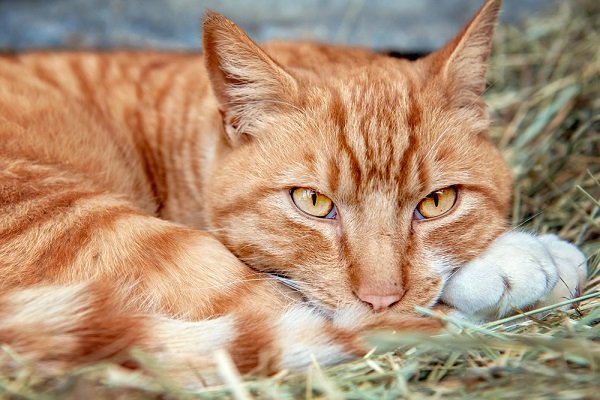 What is a feral cat?

A feral cat is pretty much the opposite of a domestic cat. The term feral refers to the fact that these cats live on their own and essentially have no owners. They are not used to human interaction and will usually be frightened by their presence.

A feral cat is one that does not have any human assistance or interaction. Those who have no owner but still rely on humans are known as semi-feral or stray cats.

A feral cat, not being used to interacting with humans, will avoid them in a free-roaming environment. These cats will not allow a human touch or hold them and will usually run away if anyone tries to.  If they are trapped, they will hiss, growl, and bare their teeth defiantly.

Interestingly, a feral cat, even when it will run away from humans, they can become comfortable with one that usually feeds him regularly.

Feral cats can live in social structures known as colonies. These colonies can be organized in complex structures that might be related to location, time of the day, or the cats’ activity.

A feral cat can be socialized and adopted. Depending on parents, genetics, and training program, a feral cat can become a domesticated cat, care for and loved in a forever home.

Feral cats, like any other animals, are prone to several diseases. One of the main concerns about a feral cat is its potential to spread rabies. In the United States, cats are associated with the 16% of cases of rabies virus transmission to humans. Some colonies have been able to get vaccinations against rabies, but the need for continuations makes this work daunting and challenging to maintain.

Other major concern with feral cats is Toxoplasmosis. However, a 2000 British Medical Journal article established that they are not a significant source of infection.