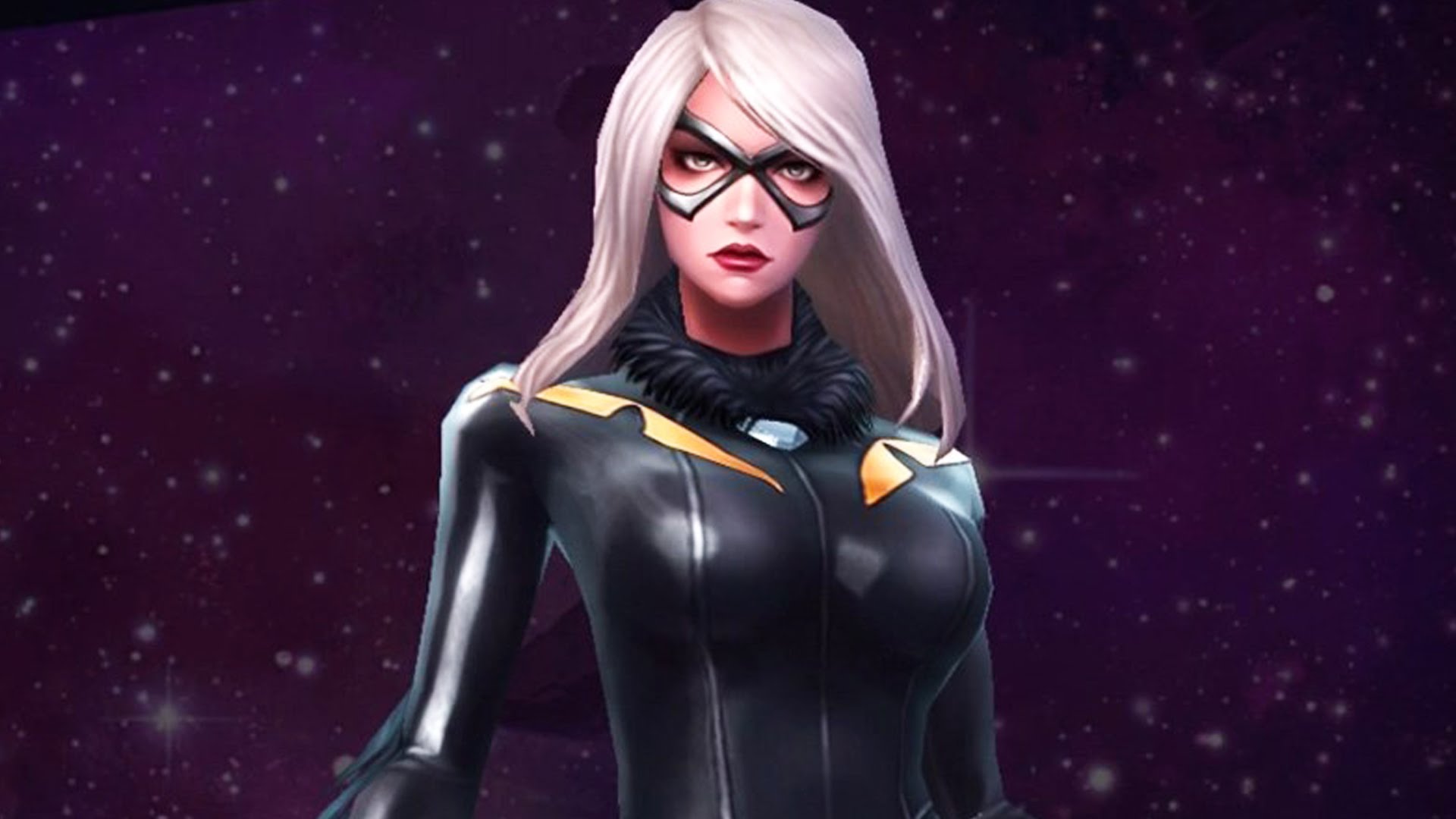 The Black Cat Marvel character refers to Felicia Hardy, daughter to a cat burglar named Walter. This fictional character was created by Marv Wolfman and Keith Pollard. Her first appearance was in July 1979 in issue #194 of The Amazing SpiderMan.

The Black Cat Marvel character was created as a female foil for Spider Woman. The costume and appearance were created by Dave Cockrum. The creator of Black Cat decided to make a character that would bring bad luck to those near her.

Wolfman was reassigned within Marvel to SpiderMan so he brought Black Cat with him, inserting her in this universe.

About her obvious resemblance to DC’s CatWoman (1940), Wolfman said once in an interview, “…I never even thought of Catwoman when I did her. I got the idea for her from a Tex Avery cartoon, Bad Luck Blackie”.

Felicia Hardy was born in Queens and is the daughter of famous cat burglar Walter. When he is arrested, he teaches Felicia to never stand for less. When she was a freshman at Empire State University, she was raped by her boyfriend, Ryan. This made her train in acrobatics and various fighting styles.

But Ryan was killed in a drunk-driving accident and she could not get her revenge on him. Frustrated, she decides to use her new skills to follow in her father’s footsteps, making a fortune out of stolen objects. She met Spiderman on the night she tried to break out her father from prison.

From them, she fell in love with Spiderman and an adventurous, exciting and tumultuous relationship took place. Felicia decides to leave Peter´s life, which drives him meeting Mary Jane Watson.

While working together, Black Cat Marvel did not like the idea that her lack of superpowers would put Spiderman in problems. She went to the KingPin to get superpowers in the same way the Scorpion and the Fly. The Kingpin gave her the ability to create bad luck for those around her as a payback for a theft he had suffered from her in the past.

Spiderman, being under the “hex” caused by Black Cat´s new power, goes to Dr. Strange who not only removes the hex but also changed Black Cat´s powers. She now has greater strength, agility, vision, balance and retractable claws.

The Black Cat Marvel character has appeared in several issues of the SpiderMan series. Some noticeable appearances in comic books include Marvel Divas, Marvel Now!, All New, All Different Marvel, Civil War II, House of M, Ultimate Marvel, and many others.

Felicia Hardy has also appeared in the 1980s Spiderman animated cartoon as well as the 1990’s Spider-man: The Animated Series.

In Dogalize we also love cats and have interesting information about these feline companions. Visit us and check out all the amazing resources we have for cats and cat owners.