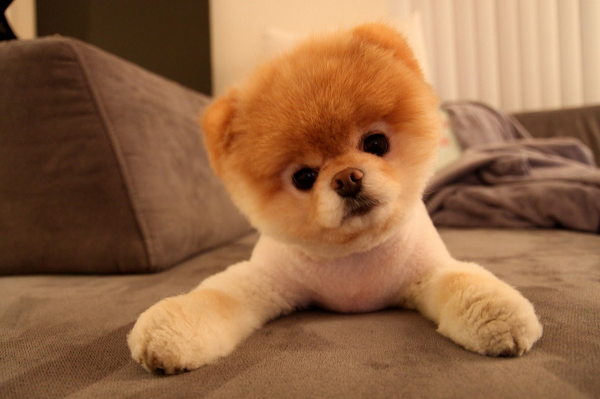 When it comes to celebrities and internet sensations, Boo the Dog is definitively part of that list. This Teddy Bear Pomeranian became a sensation when he had to get his hair cut to make him appear like a teddy bear. Today, he is known as the most famous, stylish, and cutest dog in the world.

How did Boo the Dog get so famous?

Boo’s owner created his Facebook page on May 11th, 2009. The cute haircut and his nice outfits made his popularity rise quickly. Today, his Facebook fan page has over 17 million likes with several thousand adding every day.

Boo the Dog is also the main character in four picture books. He currently lives in San Francisco, California. But he has traveled a lot as he goes to many shows and interviews.

His first million fans came when several celebrities started to mention him, especially a tweet from artist Ke$ha, who claimed Boo as her boyfriend. It did not take too long for the rest of the world to love the world’s cutest dog.

Boo the Dog is a teacup Pomeranian. He has a best friend, who has a silky and smooth hair. However, Boo’s coat is coarse and thick. Because of this, his hair needs to be groomed to give him the adorable teddy bear look everybody loves. This also makes it easier for him to wear his cool outfits.

Just like any Pomeranian, Boo is a loving and funny small pet. He likes to travel a lot and take pictures of himself.

Boo’s owner managed to keep her identity a secret for three years under the pseudonym J.H. Lee. We know now that she is a former employee of Facebook, which sparked a little controversy about her getting help from inside Facebook to get so many likes.

Boo the Dog gives back

But Boo is not only about being cute, he has also contributed to charity, taking advantage of his popularity. For his last five birthdays, instead of wanting gifts for himself, he has asked people to donate to a specific charity. In this way, he has helped raise money for Operation Smile, Freedom House, and others.

The truth is that the world’s cutest dog is the one you have in your house. Show him how much you love him by taking good care of him. Here in Dogalize we can help you. Visit us to learn more.