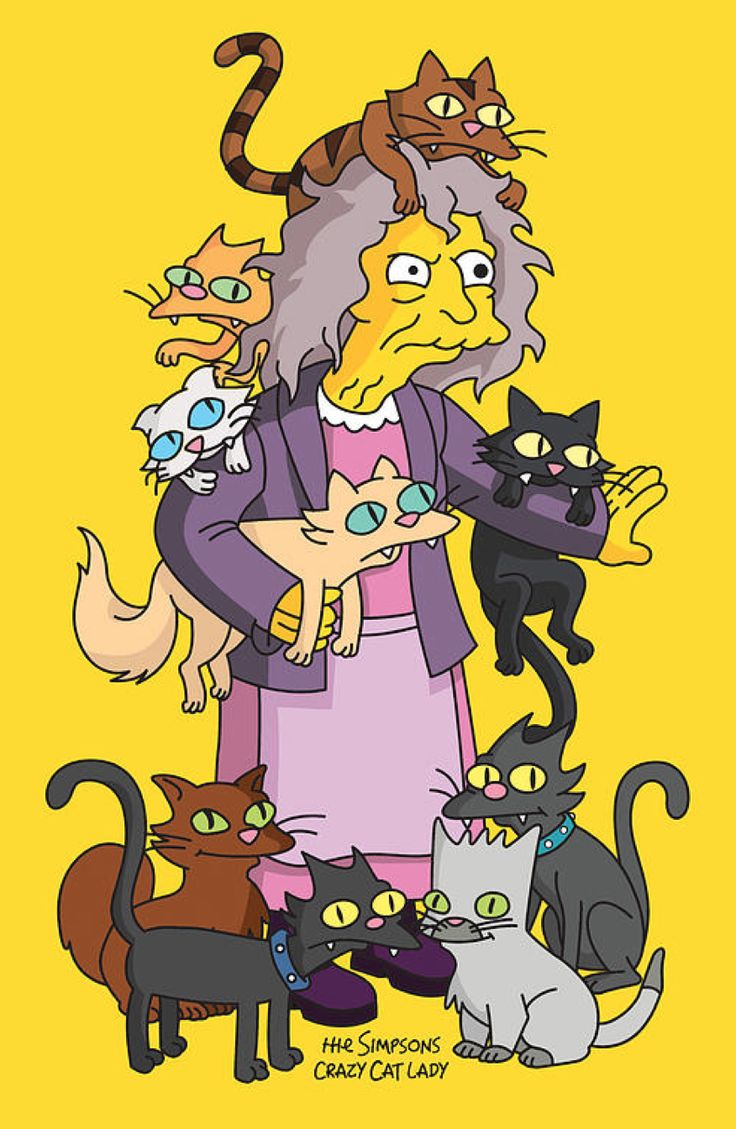 Who is the Crazy Cat Lady?

Crazy cat lady is a fictional character but animal hoarding is pretty real and it happens. Today, most of us know the lady from the Simpsons that had at least 11 cats. Her real name is Eleanor Abernathy MD JD. Being a bitter woman, she usually yells and throws cats at bypassers.

Eleanor Abernathy was a very intelligent young girl. When she was eight, she knew she wanted to be a doctor and a lawyer. At age 16 she was already studying for Law. She got an MD from Harvard when she was 24 and a JD from Yale Law School.

This success would take a toll on her as she ended up burned out at age 32. She then turned to alcohol and became obsessed with her only cat. By the time she was 40, she became Crazy Cat Lady as we know her.

When she first appeared in the show, Lisa is trying to place her in a positive light by asking, “Can anyone who loves animals so much, really be crazy?”

She is a rather smart person, even when she is without medication. However, her medication helps her speak intelligibly rather than her usual gibberish. The cause of her mental illness is a hoarding disorder, as we learned on the episode “A Midsummer Night’s Dream”. She is a bitter lady on her 40s who has tried to fulfill her rather void life with her cats.

Use in Popular Culture

The concept of crazy cat lady is used in popular culture to refer to a lady with no husband or boyfriend and way past her marrying years. There are some characteristics attributed to such lady:

In Dogalize we do not recommend hoarding cats. It is not safe for you or the cats. Visit us to learn more interesting facts about cats.