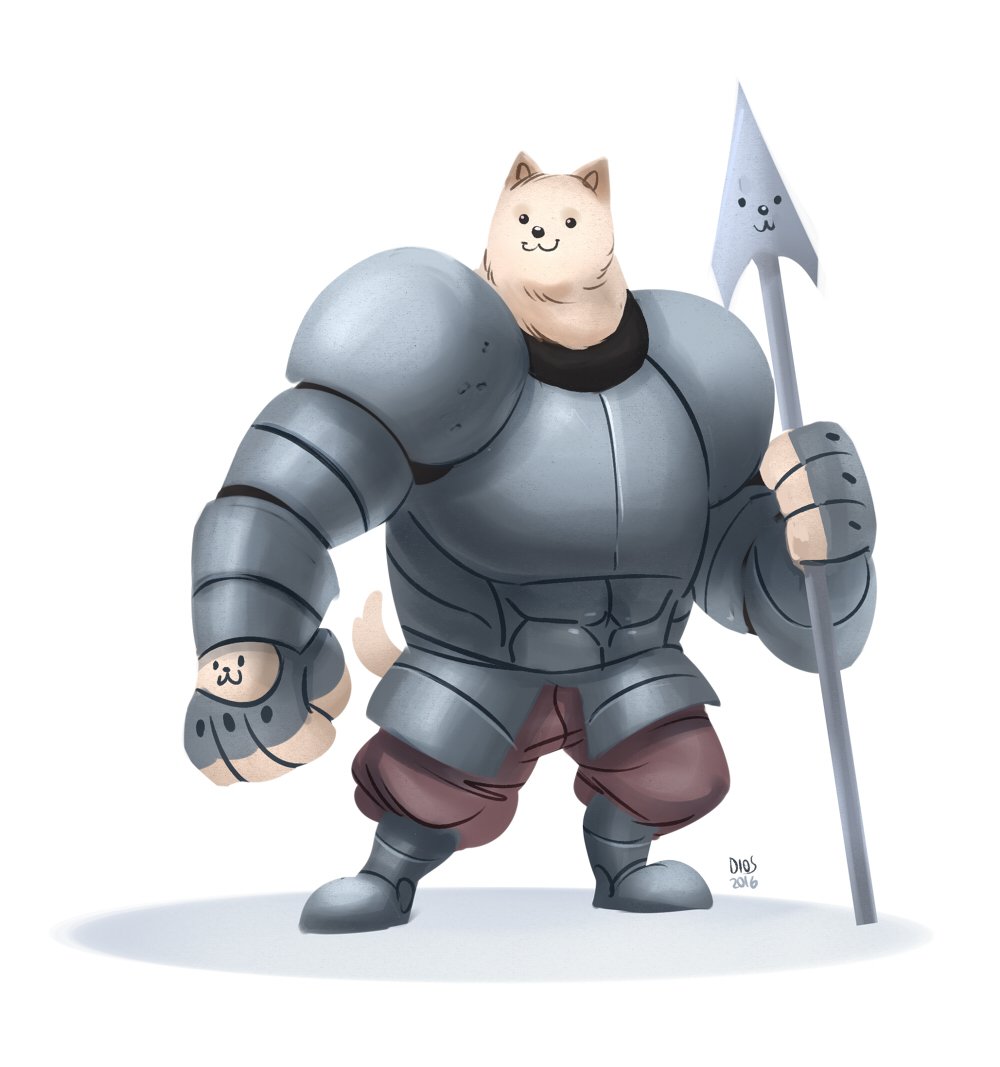 For all the video game fans out there, you probably know about Greater Dog, from Undertale. This member of the Royal Guard is a miniboss found in the Snowdin Forest.

Well, it is probably more like the appearance of the Greater Dog. He is completely white and wears a huge armor. But the dog is actually only the top portion of the armor. He controls the rest of the armor via unknown means.

His armor is mantle gray and adorned at the wrists with dog faces which seem to be functional. His spear weapon also sports an apparently functional dog face.

Greater Dog is very friendly and playful. He is a pool of affection that can make the player get distracted and forget that they are standing in Grillby’s bar.

In Grillby´s, he sits with most of the other dog characters. He carries a pleased expression most of the time and it only changes when facing the death of Doggo and the Dogi.

Role in the game

Greater Dog makes an appearance with all the other dog characters in the True Pacifist Route epilogue just outside Libraryin library. His facial expression and the only sound he can emit are his trademark. He can be seen playing with Endogeny.

He makes several more appearances throughout the game and usually with other dog characters.

The attacks of Greater Dog in Undertale

There are at least a couple of attacks that Greater Dog can perform. It will also depend on the skills of the player, of course.

The spear with the dog face on it flies from right to left, flickering with blue and white tones.

Here in Dogalize we love dogs more than what we love videogames, probably. Here in the website you can check out more about the wonderful lives of dogs and everything dog-related. Check us out to learn more.