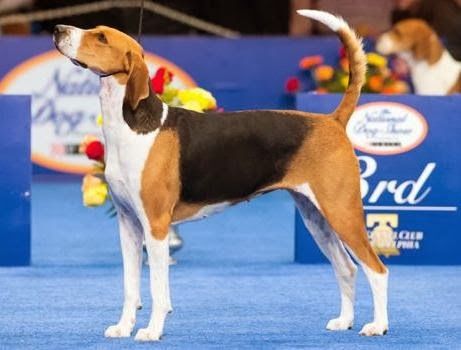 The National Dog Show is a yearly breed show or conformation show, sanctioned by the American Kennel Club. It is the most widely viewed dog show in the United States. It usually takes place during two days. This year, it will take place on November 18th and 19th at the Greater Philadelphia Expo Center at Oaks, PA. It will be televised on Thanksgiving Day, like every year.

The Kennel Club of Philadelphia (KCP) has a long history of presenting dog shows. It has been going on since 1879, only interrupted by the Great Depression from 1928 to 1932.

The KCP is a founding club of the American Kennel Club (AKC) which started in September 1884. Through the years, the name of the club has changed. For instance, in 1896 a benched show was presented as the Philadelphia Kennel Club and a Philadelphia Dog Show Association from 1899 to 1909. Shortly after that, the club was organized into the present Kennel Club of Philadelphia. As the KCP, they started their first show in 1912 and was admitted as a member of the AKC in 1913 and has been going on ever since.

The National Dog Show is held every year since 1933.

The National Dog Show is a “benched” show, meaning that dogs must be placed on special benches while they are not participating. This is done with the purpose of having judges, participants, and others to meet the dogs more closely and ask questions.

The event will show over 2,000 dogs, all sanctioned by the AKC, representing over 150 breeds. They compete for best of Breed, First in Group, and Best in Show.

Remember to follow us in Dogalize to learn more about dog breeds and how to take care of them. We have amazing resources for you to check out.