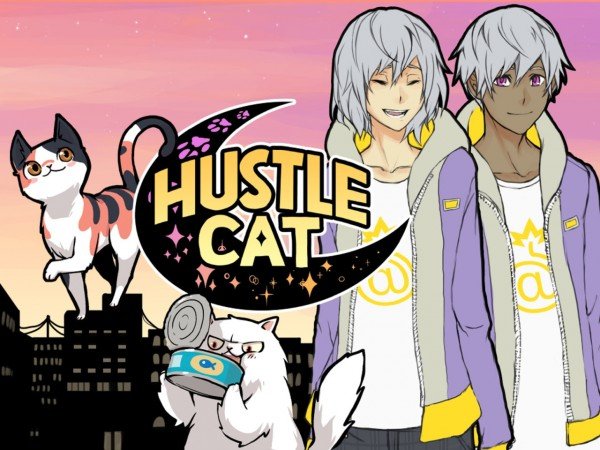 Hustle Cat tells the story of Avery Grey, a high school student who wants to be forever young. This desire is mostly because she does not know how to grow or know why she has to. But she does not want to spend her time at Aunt Wendy’s apartment.

So she goes on to find a job and lands one at a cafe called Cats Paw. This is one little strange cafe filled with cute cats and cute coworkers. But there is a mystery going on in this place and Avery is determined to find out.

Hustle Cat explores the world in the eyes of Avery, who owns a cat named Moochi. She is a customizable character that will help discover the mystery at Cat’s Paw. It turns out that mysterious boss Graves has been collecting souls affected by a spell that has turned them into cats. Hence the high population of cats in the cafe.

As the main character, Avery‘s decision might affect the course of the game and the characters. You can even pick their looks and how are they called: he, she, or they.

In the game, your job is to help Cat’s Paw employees solve the mystery behind their curses and help them live with it. However, there are some characters that do not seem to have much of a problem with their cat forms.

Hustle Cat can be played on pc, tablets, and phones.

Avery develops a friendship with her six co-workers at the cafe. They make up the cast of Hustle Cat.

Definitively a fun and addictive game that has a great element in it: cats! Here in Dogalize we have plenty of resources to help you better care for your cat. We have a lot of information and resources that we know will be of your interest. Visit us to learn more.