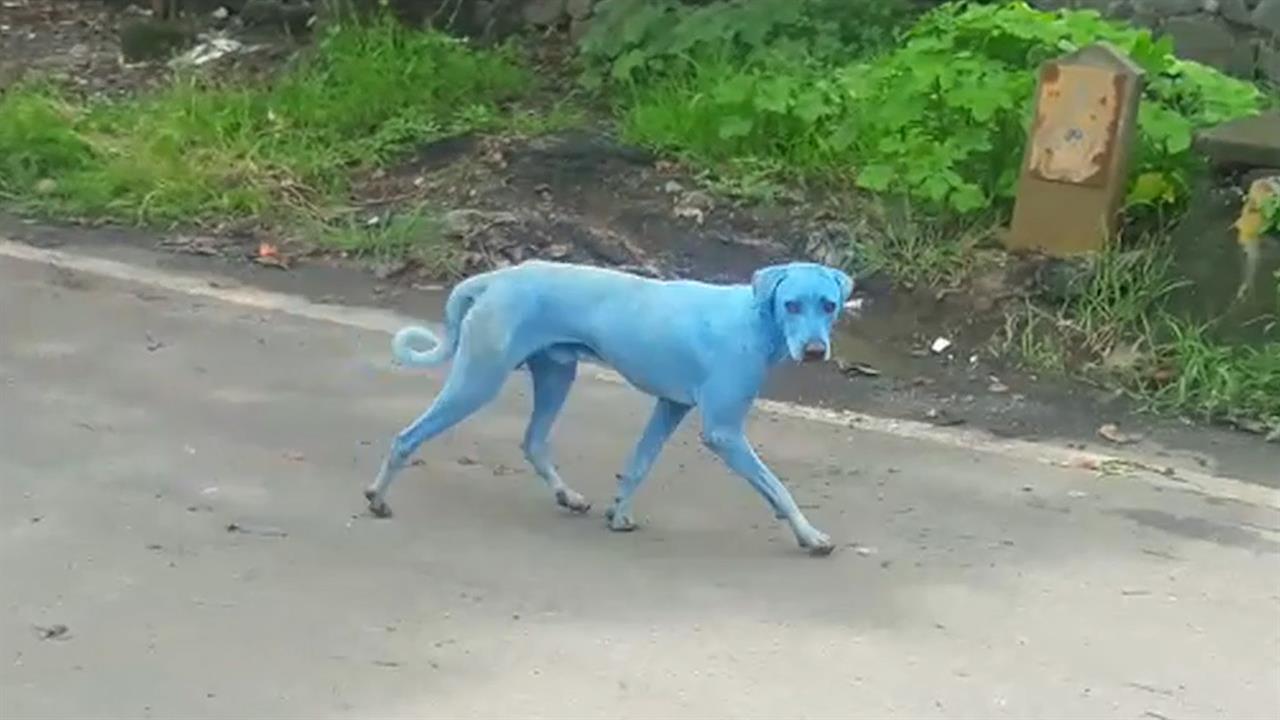 Maybe you think that having a nice blue dog would make a nice addition to your life, right? Well, probably not.   In August this year, neighbors from Taloja, an industrial neighborhood in Mumbai, India saw a dog walking around in a bright blue coat.

People’s first concern was why was this blue dog, well, blue!  They were mainly concerned about this being a hazard on the pet.


Why the Blue Dog?

It turns out that the Navi Mumbai Animal Protection Cell (NMAPC) observed that the rain was able to remove the blue dye that was causing dogs to exhibit a bright blue coat.  One dog was actually captured by Mumbai’s Thane SPC and they were able to remove the dye from the dog.

Now, all the dogs that turned blue were washed and everything went back to normal.  But then questions about why these dogs had turned blue arose.

The Hindustan Times has reported that these dogs were most likely affected by untreated waste that a factory has been shedding directly into the Kasabi River.  This place serves as a place to cool down for stray dogs, which would swim in the waters and get the blue dye on them.

There are many factories that the Kasabi River passes by.  There is apparently one factory whose name has not been released that manufactures detergent the probable culprit.

Shakuntala Majumdar from Mumbai’s Thane SPCA initially found five tainted dogs but this number could be on the rise.

“They looked apparently healthy except (for) blotches of blue on their fur,” said Majumdar.  Some of these dogs that were bathed were also scraped to verify any level of toxicity.  Fortunately, they were all negative for any disease.

At its moment, several outlets were reporting that some dogs had gone blind, however, Majumdar did not confirm such information.

Come visit us here in Dogalize and check out all the amazing stuff we have for you.  We want you to become the best owner your pet can get and we want to help.   Go and check it out.