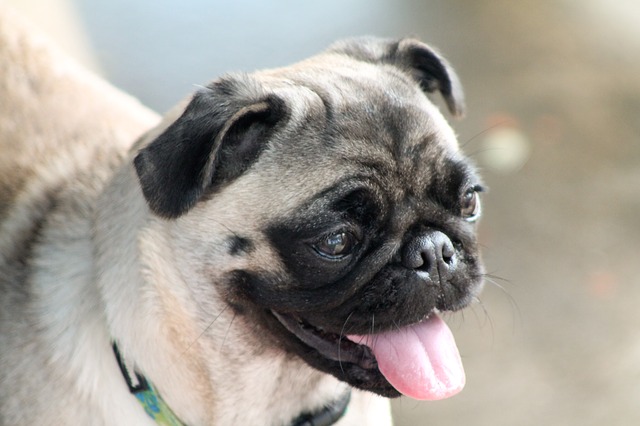 Fun Facts you did not Know About the Pug Dog

Loved by many, hated by others (can´t believe it!), the pug dog comes in as a favorite dog by those who enjoy a nice dog with a flat nose. Due to their small size, these dogs make the perfect apartment dog.

But even if you love these pooches, we are pretty sure there are some fun facts about your Pug dog that you did not know.

They are an Ancient Breed

Pugs are not a new dog breed in the planet. These Chinese original little fellas can be traced back 700-400 BCE.  However, the details on how they came to be are lost in history.  Monks from Tibet kept them as pets in their monasteries.

Official Dog of the House of Orange

Around 1572, the Dutch were raging the 80-year war against the Spanish. The story tells that William I led the Orange forces against the Spanish. One night, while sleeping in his tent, Spanish assassins were lurking outside waiting to make his move. But Pompey, William’s pug dog, barked loudly and jumped on William’s face, waking him to realize the assassins. The assassins were apprehended and the pug became the official dog of the House of Orange.

This is the name given to a group of pugs. In Holland precisely, the pug dog is known as mopshond, which comes from the Dutch meaning “to grumble“.

They were Royalty Dogs

Several sections of history show these little ones in courts. The Chinese Emperors had a pug on their lap and had them enjoy all the royalty luxuries.

Also, Queen Victoria, who was the British top fancier, loved pugs. She loved them so much that he banned ear cropping.

One of the cute attractions of the Pug is their noses which are more pushed in than most dog breeds. This can cause some breathing problems in dogs. They have certain difficulty taking deep breaths. They are not swimmers and get tired easily.

Not the Fastest Either

The average speed of a pug is from 3-5 mph when running. So, if you were looking for a dog to join you on your jogging mornings, this is probably not the dog for you.

Napoleon’s Wife was a Pug Lover

Josephine Bonaparte loved to have her pug, Fortune, on her lap. She loved the pooch so much that he refused to have him sleep anywhere but her bed. When she was imprisoned at Les Carmes at the onset of the French Revolution, Fortune helped her take messages to her relatives.

A Pug is a toy dog that will be the delight of your home. In Dogalize we can make taking care of him a breeze. Visit us to learn more.