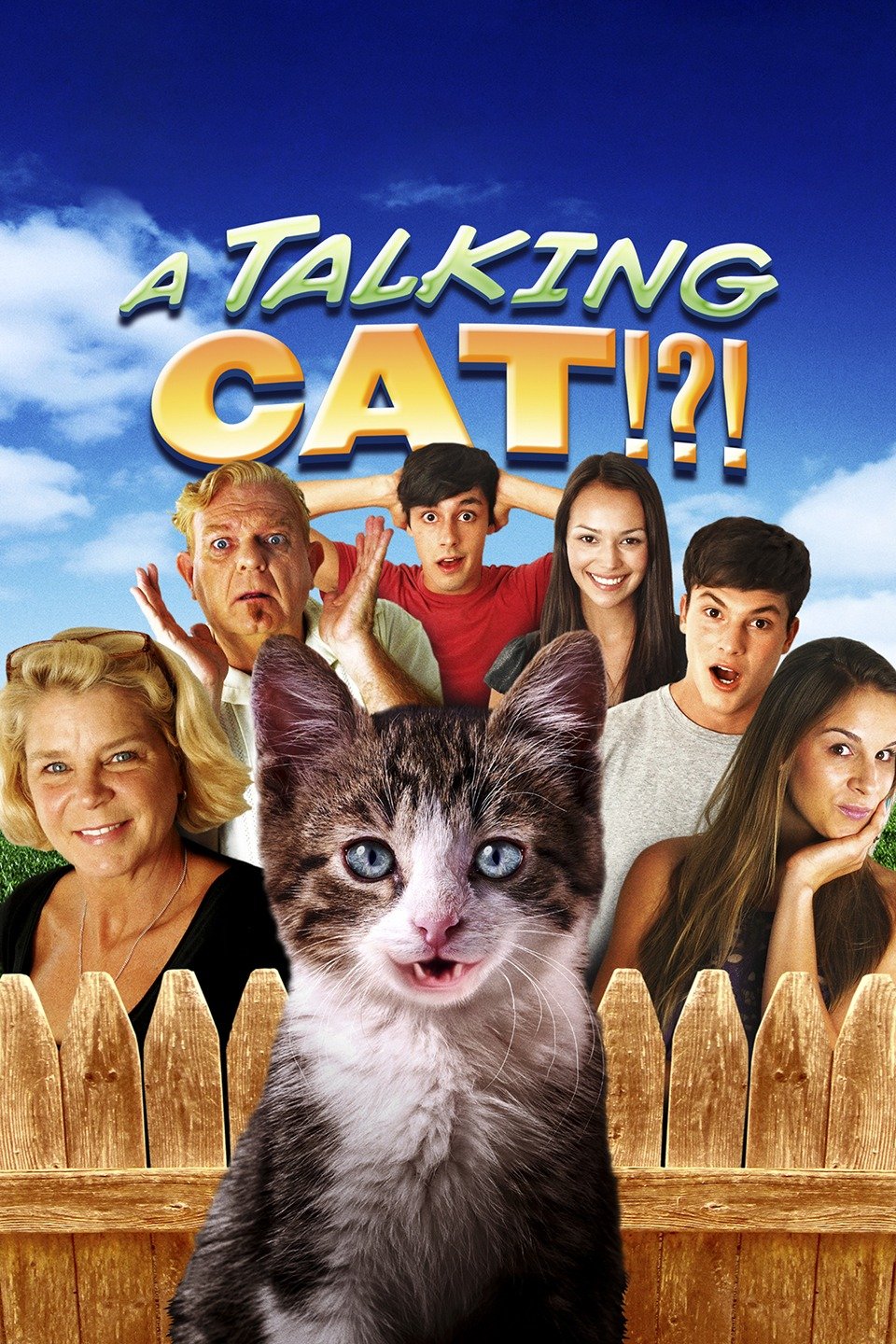 Ah, wouldn’t we love a story involving a cat that with his cuteness and smart antics makes two people get together? This is what the independent film “A Talking Cat?!” is about. Oh, and did we mention that this cat can talk?

Having a talking cat is like a fantasy cat owners have as it would be so much easier to communicate with our companion. Plus, it would definitively prove if cats actually believe they are ruling us and are planning on taking over the world.

Now, back to the motion picture. “A Talking Cat?!” was directed by David DeCoteau and it features Eric Roberts as the voice of the talking cat. The film was released straight to DVD on February 18, 2013, by Phase 4 Films.

The movie tells the story of two single-parent families that are brought together by Duffy the talking cat. This cat, Duffy, has the ability to speak but also has the disadvantage that he can only talk to them once.

This brings about the stories of these two single-parent families that desperately need help in putting their things in order. After listening to this sassy cat´s advice, both families are brought together. It is funny to see how this smart kittie has to manage to make his every word effective.

The movie is considered one of the worst movies ever. It has a score of 2.5/10 in the Internet Movie Database.  In general, the film mostly has negative reviews. However, it has been said that, for those who love kitties and would enjoy a talking cat, this movie is a joy.  You should check it out.

In Dogalize we care for your feline friend as much as you do. This is why we have for you and your cat amazing resources and interesting information about how to best care for your pet. Visit us to learn more.