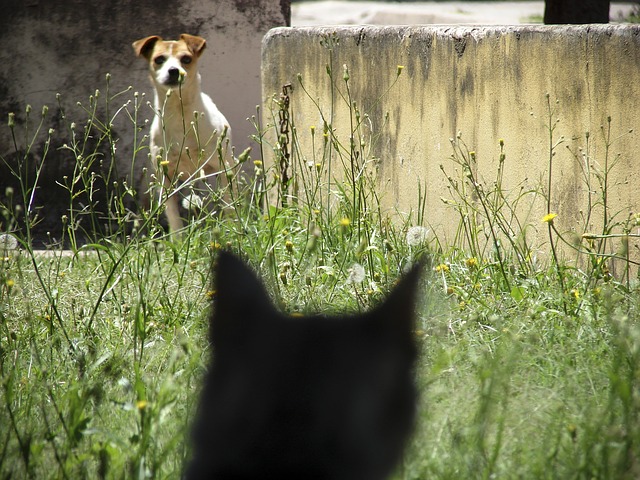 Why do Dogs and Cats Seem to Hate each Other?

The eternal fight between dogs and cats has even been brought to the screen through a motion picture “Dogs and Cats”. But why are these two species like sworn enemies? Or are they? Today we unravel the mystery involved in the fight of these two domesticated animals.

Animal Instincts of Dogs and Cats

Both dogs and cats have an instinct for fighting, being defensive, and being territorial. So, technically, if they see an animal from other species getting close, their first instinct will be to be ready for any potential attack.

The signals and behaviors that dogs and cats use to communicate are different and these can be interpreted by the other species as signals of aggression, dominance, fear, friendship, and territoriality. A dog has the instinct of going after any small animal that moves, in this case, a cat. Some cats will flee while others will stand and hiss for a fight. If a dog is scratched by a cat, they might develop a fear of cats.

It is important to consider here that both species are carnivores. So, more than territory, it is a fight for food.


The Original Fights Between These Two

In order to better understand how this food relationship works, we need to go back to both species’ ancestors. Dogs are descended from wolves, which are pack animals. So, when two dogs face off over food, the instincts indicate that one would back down if the other shows more dominant.

Cats, on the other hand, are not pack animals. So, when it comes to food, they approach it cautiously but they will not back down once they had made the decision to go for it.

When these two different species go face off against each other, trouble ensues and they start fighting like, well, cats and dogs.

Some of Them do Get Along

You have probably seen dogs and cats living in the same household. The only way to make these two species coexist peacefully is when they have been trained and domesticated within the same house.

Do you like both dogs and cats? In Dogalize we do too! We have amazing resources to help you take better care of your pets.  Visit us to learn more.