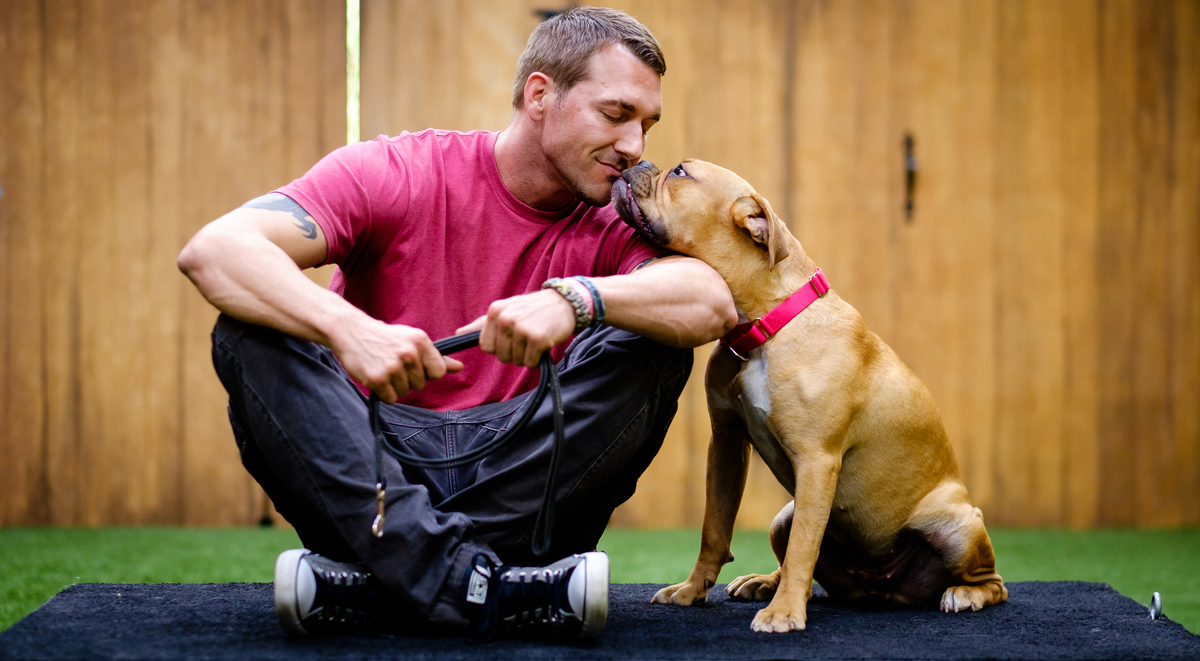 Lucky Dog is an Emmy-nominated show hosted by Emmy-winner Brandon McMillan.  In the show, we see how Brandon has made this neighborhood animal shelter his second home where he rescues dogs that are problematic, untrainable, and unadoptable.

He also has a training facility known as the Lucky Dog Ranch, where he has taken the task of training seemingly difficult dogs.  At the end of the show, he has turned this impossible dog into a trained dog that gets adopted by a family, warming the hearts of the audience.

Brandon McMillan is a professional trainer and a behaviorist who has dedicated his life to all types of animals, including untamed wild beasts.

He has been a lover of animals since a very young age, thanks to the skills that his father and uncle gave him. He usually jokes that he has been “picking up animal poop” for as much as he can remember.

It was his early years around different performers that gave him the abilities and skills that he brings to the show. Many celebrities have hired his services whenever they need their rebellious pooch to be turned into a tamed pet.

“Over 1.5 million dogs are euthanized every year in America because they can’t find homes. I’m just doing my part,” says McMillan.  Even though he has worked with all kinds of animals, he has this hidden passion for dogs, rescuing them from death rows and turning them into great pets, and even celebrity pets.

“Lucky Dog“, the CBS show airs on Saturdays and Sundays on the network. Basically, we see Brandon McMillan bring in a dog that nobody owns or wants and has a difficult behavior. Through the use of innovative techniques, he trains the dog until he turns it into a nicely trained dog. Usually, this dog will be taken in adoption, making every episode one with a happy ending.

In Dogalize we have valuable resources for you to become the pet owner your dog deserves. Make him feel like a lucky dog by giving him a happy life.  Visit us and check out what we have for you.