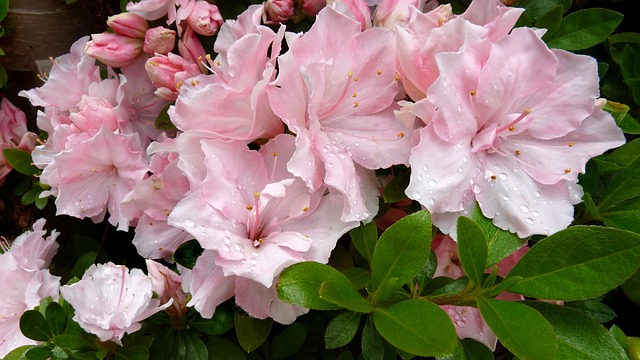 Granted, the more than 250 species of Azalea plants have beautiful flowers. Their colors range from very pale to vibrant reds and pinks. But just as they are pretty they are also lethal. It turns out that these beautiful shrubs are poisonous not only to pets but to humans as well.

Now, they are toxic when consumed, which is probably not an issue to the average human. However, pets are more prone to biting or chewing on this plant, so if you have a pet at home, know how to identify an Azalea and avoid them in your garden.

Azalea flowers bloom in spring and last only for several weeks. They generally grow very slowly in a rather acidic soil. Farmers and plant enthusiasts have planted azaleas for hundreds of years, which have increased their variety.

They tolerate the shades and prefer to live near or under trees. Not only they reproduce by seeds but they are also grafted. Azaleas are native to Europe, Asia, and North America.

The risks of getting poisoned by Azalea is rather low since very rarely pets will nibble on the plant. A small bite on the leaves, flower, and branch can cause symptoms to appear, though.

More than dogs and cats, grazing animals such as horses, cows, and goats are in more danger to getting poisoned by any of these plants. The toxic substance contained in all parts of the Azaleas is known as grayantoxins.

The effects of this substance on your pets include:

Symptoms can be mild or severe depending on the amount consumed.

As a prevention measure, if you are going to plant Azaleas or already have them, transport them to higer spots or within a fence out of the reach of your pets. Once again, there is very little imminent danger but it is best to be safe.

Here in Dogalize we have many resources to help you take better care of your cat and dog. We love pets just as much as you do. This is why we have a great selection of content and resources. Visit us to learn more.