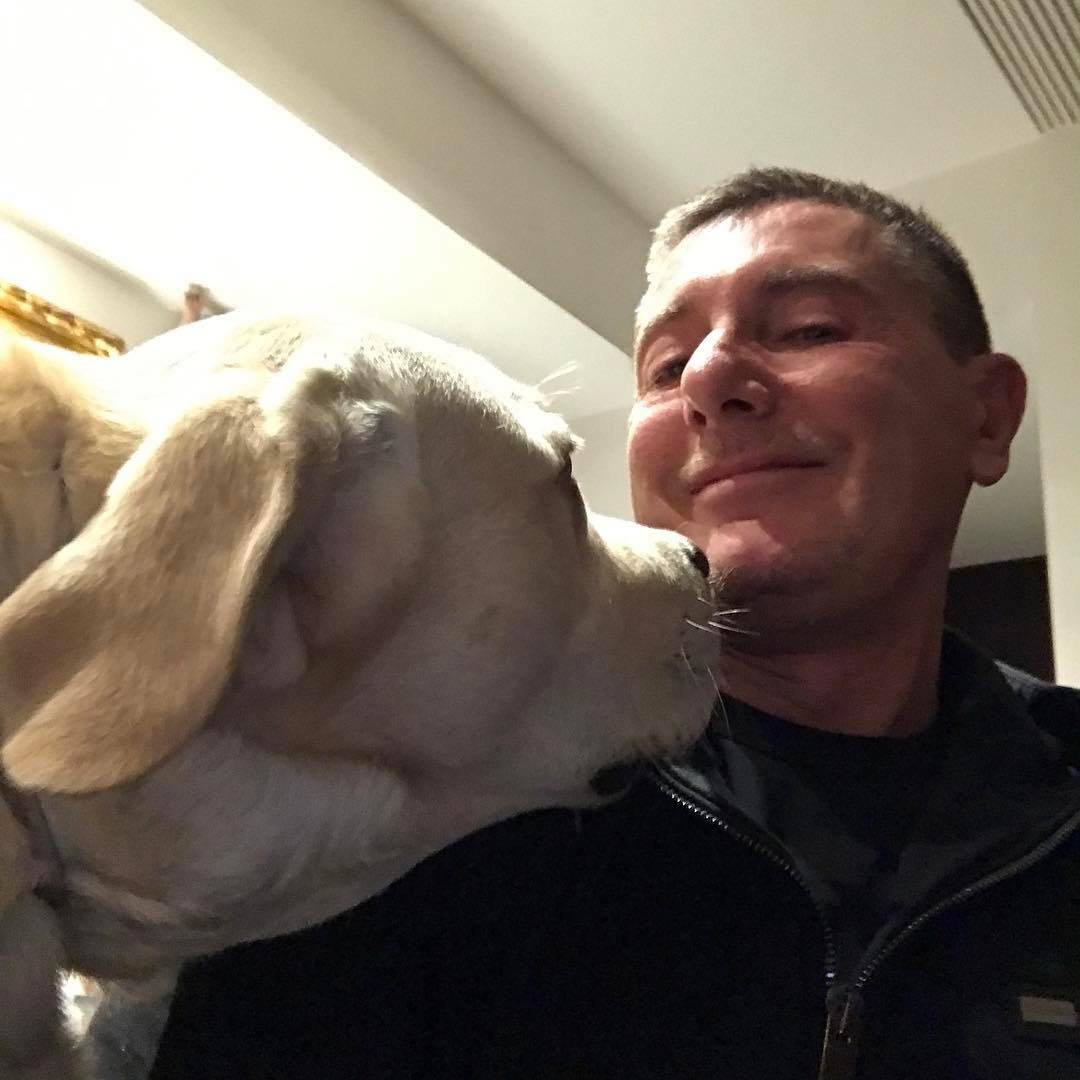 If you think you love your pet, wait until you read what Italian fashion designer Stefano Gabbana and his partner Domenico Dolce did with their dog Mimmo, one of their three Labradors.

A Little About Stefano Gabbana

Stefano Gabbana was born to a father that worked for a printing company and a mother who worked in a laundry. He graduated from designer school Istituto Superiore per le Industrie Artistiche.

For many years, Stefano and Domenico were openly a couple. After amassing a great fortune, they lived in a 19th-century villa in Milan. In 2005 they ended their relationship but stayed together as partners of Dolce & Gabbana.

Stefano has always been an animal lover. He has two Bengal cats named Congo and Zambia. He has always been passionate about large cats and he has imprinted this love into some of his designs.

As a matter of fact, he brings Congo and Zambia to the office, and what a marvelous inspiration they are. In 2015, his cats had three kittens, Mali, Togo, and Kenya. There is an obvious spot for calling his cats after African countries.

Mr. Gabbana frequently shares in his Instagram, photos of the cats and the kittens, which he adores. They are big cats now but still cute, we reckon.

Congo and Zambia came home to an already dog-owned place. Gabbana was already the owner of a trio of Labradors: Rosa, Totò, and Mimmo.

So, it turns out that Mimmo has its own hashtag and even his own Instagram page. Last year, the dog had puppies somehow and to celebrate his birthday, Dolce & Gabbana introduced the house’s pet, a Mimmo the Dog stuffed animal.

This was part of the line for kids. So now you can get a stuffed Mimmo the Dog, exclusively from the house of Dolce & Gabbana.

In Dogalize we have everything you need to know to take the best care of your pets. We have a nice selection of resources, information, testimonials, and so much more.  Visit us to learn more.