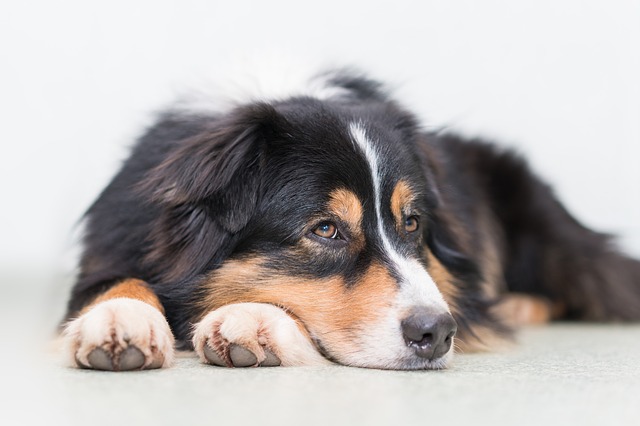 Giardiasis in dogs is a condition that affects the gastrointestinal tract causing vomiting in dogs, diarrhea in dogs, lethargy, and weight loss. Most dogs, however, may not show any symptoms at all. This disease is caused by a protozoan parasite known as Giardia. This parasite is very common throughout the world and capable of causing infections at any time of the year.

Giardiasis in dogs, as specified above, is caused by Giardia, which is not a worm, a bacterium or a virus. It actually is a simple one-celled parasitic species. The infection in dogs happens when he swallows the parasite in the cyst stage.

Once inside the dog, if this one is susceptible, it grows and sticks to the intestine. This stage is known as trophozoite and if in great amounts, it can cause significant damage to the intestines.

Eventually, the infected dog will release some cysts through his stool. The infection is then passed on between dogs through their feces. But a dog can acquire the infection from contaminated ground or even polluted water.

When these parasites cause Giardiasis in dogs, they attach themselves to the intestines, causing the dog to defecate this foul smelly feces. This stool is usually soft or watery. It may also have a greenish haze and it is not uncommon for it to have blood.

The dog may develop fever but he may become less active. The very first sign is diarrhea, but diagnosing only from that is not effective. The condition might not be life-threatening unless the dog is actually a puppy with an underdeveloped immune system or the dog is immunocompromised.

The most common drugs used by veterinarians to treat Giardiasis in dogs are fenbendazole and metronidazole. Either one or both drugs simultaneously may be prescribed.

If there are severe diarrhea and fast dehydration, supportive drugs may be needed.

In Dogalize we love pooches as much as you do. This is why we have a nice selection of information and other cool resources. Check it out by visiting us.