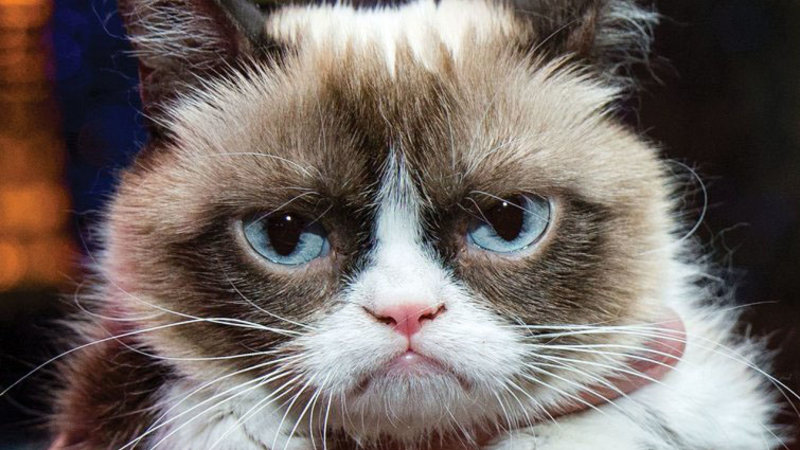 We know that we would be smiling if we won $710,000 in a copyright lawsuit. This is exactly what happened to the internet-famous Grumpy Cat on January 24, 2018. But not even this is going to make the frowning king change his ways. 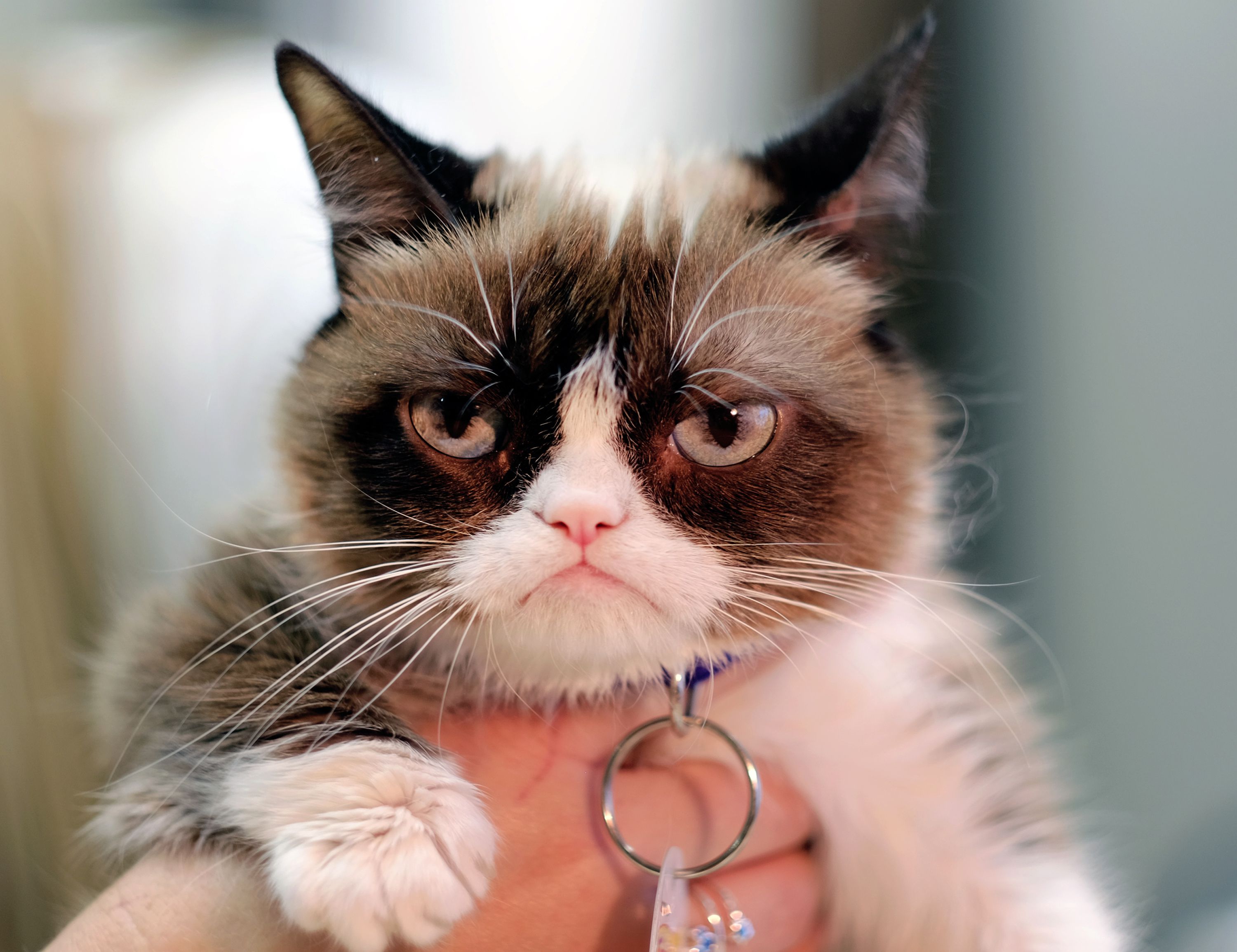 You probably already know the story of the Cat, the memes, the merch, etc. The real name of this annoyed cat is Tardar Sauce. Her owner, Tabatha Bundesen, posted pictures of her in 2012.

The frowning expression of the cat made her photos go viral in a short time, making her famous and many memes with the pictures were launched. She became so popular, that her owner quit her hairdressing job and decided to start the company Grumpy Cat Limited, which is in charge of merchandising the brand’s image.

One of those deals that our Grumpy Cat friend struck was with Grenade Beverage, a Californian coffee company. The cat company signed a $150,000 agreement where the aforementioned coffee company would use the cat’s brand to promote one product.

This is how the Grumpy Cat Grampuccino was born. But then, the owners of Grenade beverage overstepped their mark.

Grenade Beverage thought it was a smart move to place our favorite grumpy face in a second product, breaching the contract they initially had. This is how we also got “Grumpy Cat Roasted Coffee“.

The company filed a lawsuit and a court in Santa Ana ordered Grenade’s owners, son and father Nick and Paul Sandford, to pay $710,000 for damages. The court decided that they had breached the contract.

In the complaint, which was filed in 2015, the company stated: “Ironically, while the world-famous feline Grumpy Cat and her valuable brand are most invoked in a tongue-and-cheek fashion, Defendants’ despicable conduct here has actually given Grumpy Cat and her owners something to be grumpy about.”

Remember to follow us here in Dogalize to find out amazing resources we have in store for you. Check out tips and tricks on how to best care for your feline friend.