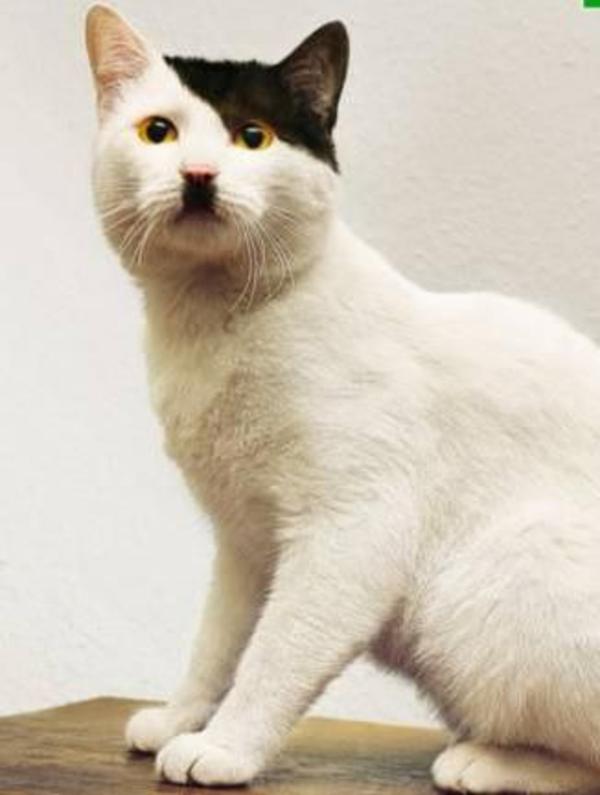 Kitler Cats That Look Like Hitler is the name of a website that features pictures of cats that resemble Adolf Hitler.

Does your cat look like Adolf Hitler? Do you wake up in a cold sweat every night wondering if he’s going to up and invade Poland? Does he keep putting his right paw in the air while making a noise that sounds suspiciously like “Sieg Miaow”? If so, this is the website for you, the website reads in its introduction.

The name given to these type of cats that look like Hitler is “Kitler”.  These cats did not become popular for memes and in pop culture but until the above site was created in 2006.

Dutch journalist Koos Plegt started a blog in May 2006. This blog was basically filled with pictures of black and white cats with a small black portion under their mouths. This mark makes them resemble the German’s dictator’s mustache. He was inspired by a cat he saw in his hometown, Zwolle, Holland.

British web developer Paul Neve contacted Plegt a month later to propose the idea of turning the blog into a collaborative website. This is how, in June 2006, the Cats that look like Hitler became a website where users can rate and comment on the pictures as well as submit their own.

The website is now currently run by Neve only who has approved more than 10,000 photos of cats that look like Hitler.

The sensation caused by Cats that look like Hitler spread with memes, media, and even television. Stephen Colbert mentioned the website in his July 2010 The Colbert Report.

There are several cats that resemble Hitler that are featured in memes and YouTube videos.  Some of these presentations appear to be “cute” in most cases but some other times they can be taken as “offensive.”

If your cat looks like Hitler, we are sure it is still pretty cute.  He also still needs your attention, love, and care.  In Dogalize we can help you take care of your furry four-legged companion.  Visit us and check out all the resources we have for you.