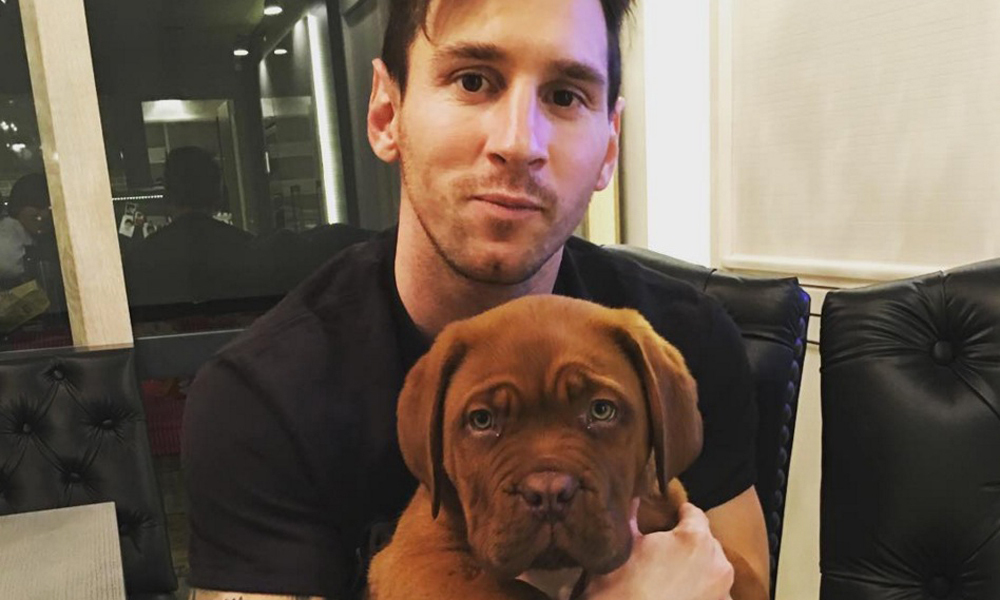 Many consider Lionel Messi to be the greatest footballer of all time, or at least he is heading towards that. The five-time Balon d’Or winner (a record only matched this year by his colleague Cristiano Ronaldo) has an unequal game and skills that seem outside this world.

The all-time leading scorer for the Argentinian national team and FC Barcelona, has always been a lover of dogs. He has at least three of them living in his house. We only know about his Boxer named Facha and Hulk, his massive Dogue de Bordeaux.

It is a fact that his dogs live happily around the family. Needless to say, he enjoys spending time with them and shows his love through social media.

But his most famous dog is his Dogue de Bordeaux, who is conveniently named Hulk.  The dog was a gift from his then-girlfriend-now-wife, Antonella Roccuzzo.

Antonella gave Lionel Messi this pet in February 2016. At that time, Messi posted a picture on social media holding the beautiful pup. “New addition to my family.  Thank you, my love, for this beautiful gift,” the Blaugrana striker posted on Instagram.

This is how he made Hulk famous back then. But several months later, Messi published another picture showing Hulk in a much bigger size. The once small puppy had grown exponentially and now looks bigger than Lionel Messi himself!

Messi’s dog is a breed that is characterized by its strength and massive body. They are original from France and have been around for over 600 years. They are loving dogs and like to kiss people. However, in Spain, these dogs are considered potentially dangerous.

Therefore, Messi must have a license and a document of civilian responsibility that demonstrates that he has no criminal record. He must demonstrate that he is capable physically and psychologically of raising a dog with these characteristics.

In Dogalize we want to help you take better care of your dog. Follow us and learn new ways of raising your pet.  Visit us and learn more.