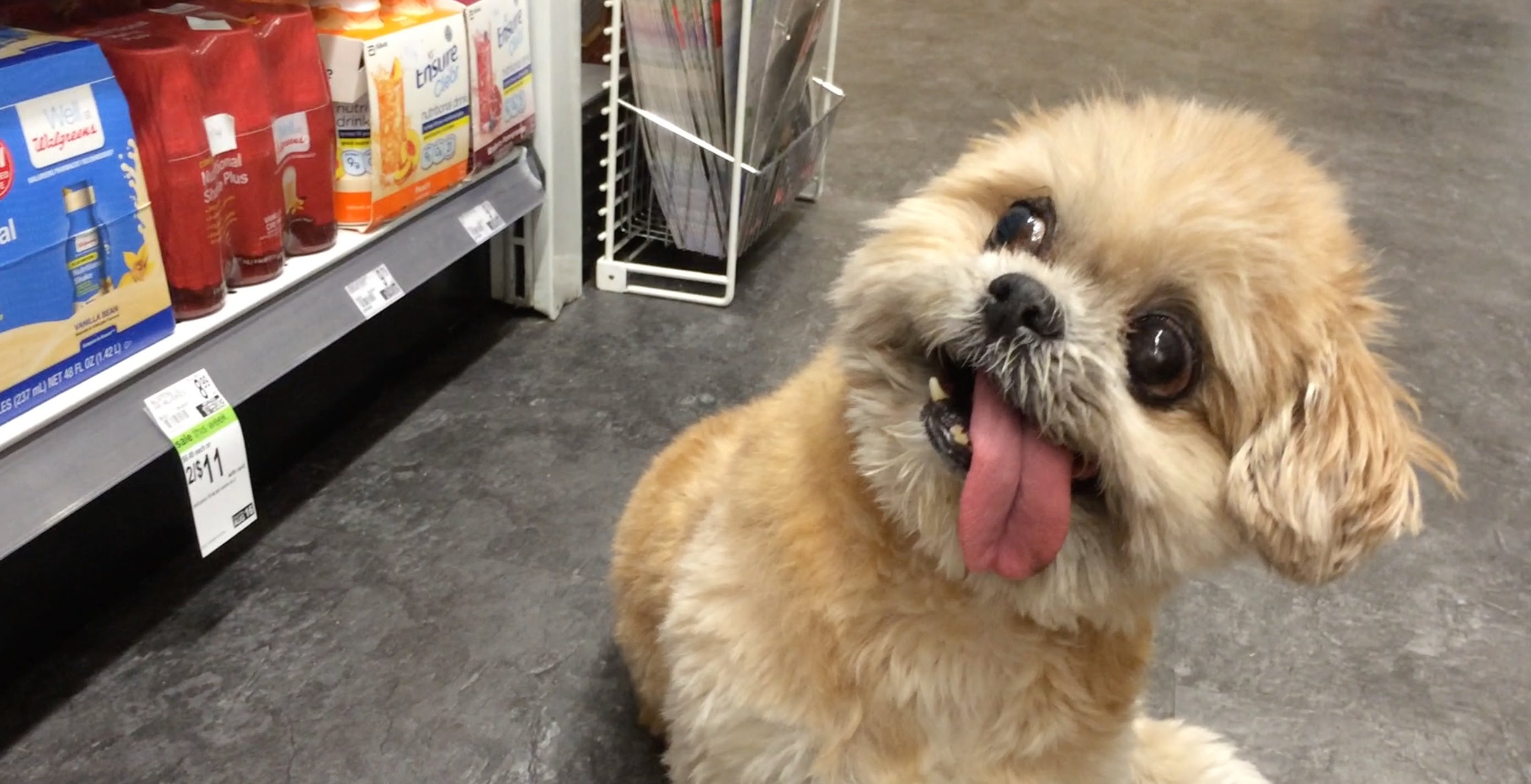 Marnie the dog is a 16-year-old Shih Tzu who became internet famous after her owner, Shirley Braha, posted pictures of her on Twitter (@marniethedog) since 2014. But the special trait that has made Marnie famous is her mild case of vestibular disease, which makes her head permanently shifted to the left.

Marnie the dog was born on October 26, 2001, in Connecticut where she lived for ten years, on the streets. In August 2012, Marnie was rescued by animal control and put it an animal shelter.

The first thing rescuers noticed was obviously her pungent odor, reason why they called her Skinky. Life had not been easy on Stinky. She had 14 decaying teeth, blind on her left eye, which looks cloudy, and partial hearing impairment.

Stinky spent 4 months in the shelter until she was adopted by Shirley Braha through petfinder.com. Braha moved her adopted dog to New York via MetroNorth train where she “stunk up the whole train.”

After her 14 teeth were extracted and she stunk no more, she was renamed Marnie. Braha was told at the shelter that she should not expect Marnie to live more than just a few weeks, given her conditions.

Marnie has an unusually large tongue which she has out all the time. She sticks it back in to moisten it when it gets too dry. During snow, she will keep her tongue inside.

She was blind in her left eye which looked cloudy. After being adopted, her cloudiness cleared out and she is no longer blind.

According to her owner, veterinarians told her that Marnie had suffered a condition known as vestibular syndrome. This is what causes her head to be tilted all the time.

Marnie the dog is followed by over 117,00 people on Twitter and has over 2.1 million followers on Instagram. Braha initially posted some Vines to Twitter as well. Now the female Shih Tzu has her own YouTube channel.

She has appeared in a commercial for Avvo.

Remember to visit us here in Dogalize to learn tips and tricks on how to better care for your pet. We have everything you need to help you ensure a happy life for your pooch.