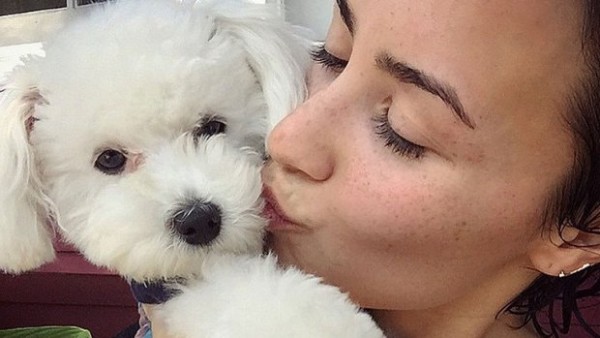 If there is someone who knows about puppy love, that is Demi Lovato. The ex-Disney star loves her pups so much that she even creates Instagram account for them. Who does not love the pretty face of Batman and join his close to 55k followers? We know!

Perhaps Batman is Lovato’s most celebrated dog. This faithful companion has an Instagram account of his own where you can see all the antics he goes through in his celebrity life.

Batman is a Yorkshire Terrier/Miniature Poodle and is nominated for iHeart Radio’s Music Awards for the Cutest Musician’s Dog. He has a sister that usually shares some snaps with him on Instagram.

You can also see pictures of Demi Lovato cuddling up in bed with him. Fans can enjoy the joyous life of Batman and his beautiful sister, Cinderella.

The New Partner in Crime

Cinderella came in only last year. Batman had his Instagram account opened in March 2017. Demi Lovato announced Cinderella at the end of March that same year.

Demi announced the new member of the family through a post on her Instagram account. Fans were expectant of who she was.  Later, in another post, she revealed the identity of Cinderella, Batman’s new partner in crime.

Demi Lovato is well known for loving her pups like very few. She has been spotted walking into the studio holding both her pooches in both arms. Now, that is just an adorable mother, don’t you think? Taking her babies to work.

Batman was a gift for her 23rd birthday, while Cinderella was adopted. The pups share Demi’s love with boyfriend Guilherme, a 31-year old fighter.

Do you think you love your pooches the way Demi loves hers? You have probably created an account for them. But more than putting them out there for all to see, make sure you provide for them. In Dogalize, we can help you give your furry friends the life and care they deserve.