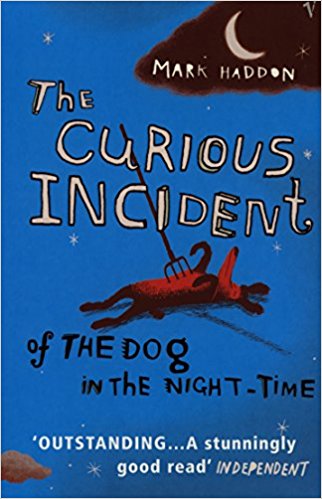 The Curious Incident of the Dog in the Night-time

The Curious Incident of the Dog in the Night-time is a 2003 mystery novel written by British writer Mark Haddon. The novel is narrated in the first person by Christopher John Francis Boone, a 15-year-old boy who is trying to investigate the mysterious death of his neighbor’s dog.

The story begins with Cristopher who lives with his father, Ed. He has tolled Cristopher that his mother had died two years. Then a dog appears dead on the neighbor’s lawn, with a fork on his chest. He decides to investigate the death of the dog.

Cristopher goes out on a sleuthing adventure that proves to be more difficult since he seems to have a psychiatric condition that the story never mentions. He writes down every idea or fact in his little book.

During his adventure, he meets people from the neighborhood, one of which tells him the truth about Judy, his mother. He eventually goes to live with his mother in fear of his father. The story has a happy ending that we will not reveal here.  But we will say that another dog is featured close to the end.  It is a Golden Retriever that Ed gives to his son.

Overall, the book had a very good reception and favorable comments mostly. The book won the 2004 Beeke Prize and also the 2003 Whitbread Book of the Year.

Stay with us here in Dogalize where we have everything related to dogs. We have all the information you need to provide your pup with the life he deserves. Visit us to learn more.