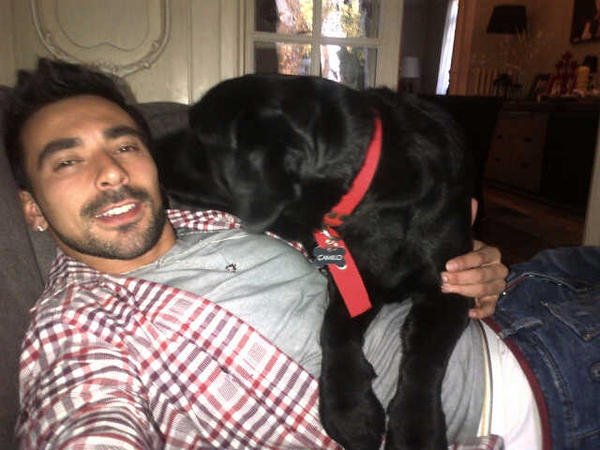 For those who are in the football sphere, the name Lavezzi has to resonate. The Argentine football player has crafted his story in many clubs and his national team. But he still has more to give. The veteran player is still a draft for this national team and is presently playing in the Chinese league with Hebei China Fortune.


Ezequiel Lavezzi and His Pet

Going through his social media accounts, we were not able to find Lavezzi’s dog anywhere. Now, this is obviously no reason to believe that he is not fond of him.  Probably, just like celebrities would do with their kids sometimes, they want to keep them off the spotlight so that they can lead lives as normal as possible.

But we do know that Lavezzi owns a beautiful black Labrador named Camilo that he absolutely adores. He and his couple Yanina Screpante treat and love him as if he were a member of the family. He named the dog after his former teammate Camilo Zúñiga, from Colombia, when they played for Napoli.

When you are a celebrity and own a pet, they usually get the royal treatment. This black Labrador probably sees great days next to his loving couple. We can only hope.

He has probably witnessed so many things coming from a player like “El Pocho” Lavezzi, who has seen several teams in his career. Camilo was probably celebrating every goal with him. Very likely was a focus of strength whenever things did not go as well, which is very common in football.

We just wonder how did his friend Camilo Zúñiga take about Lavezzi´s dog being named after him. Lavezzi must really love this human friend.

In Dogalize we have everything you need to take the best care of your dog. Treat your best friend the way he deserves. Visit us and check out all the resources we have for you.