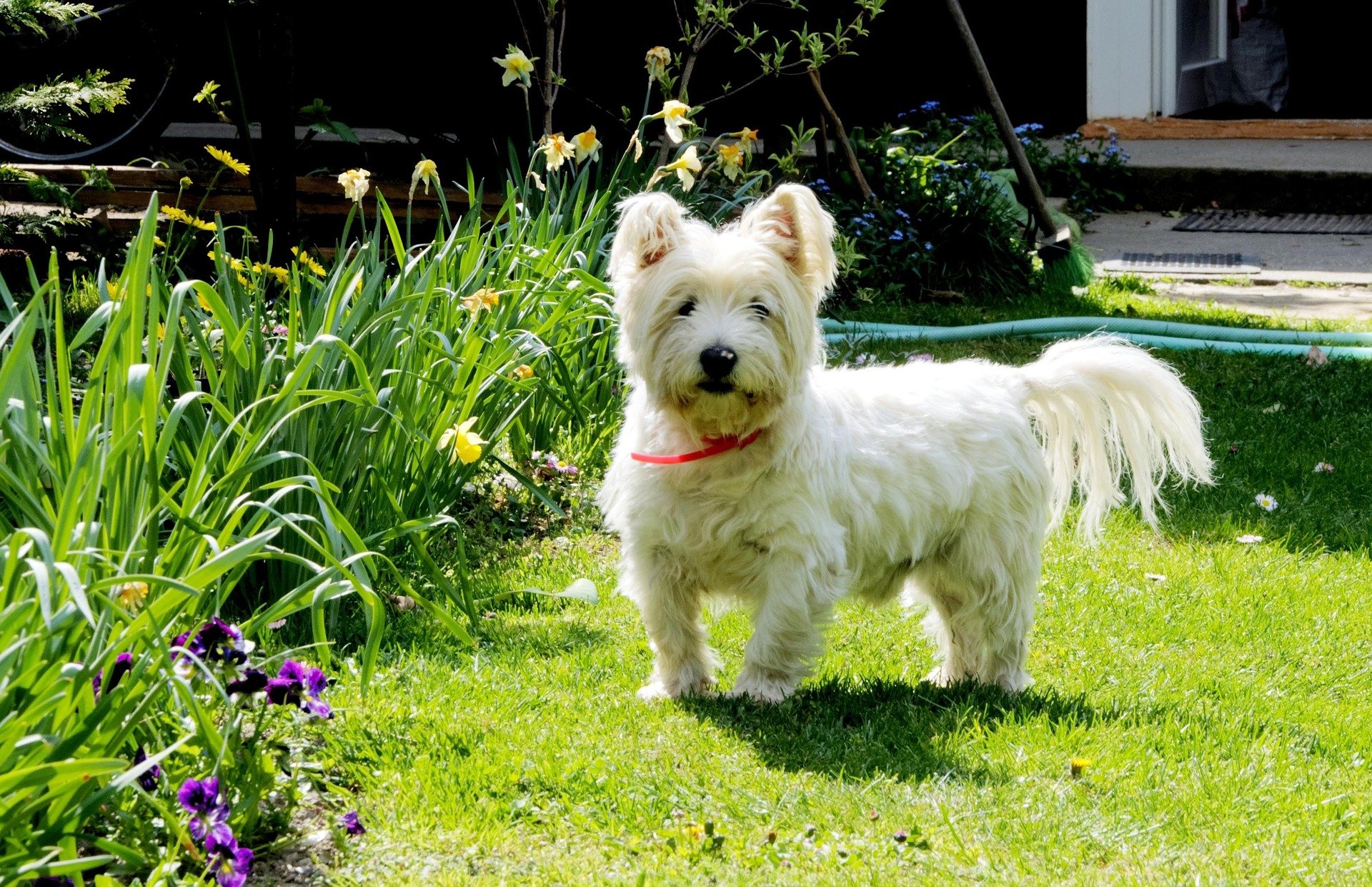 This friendly little fellow is full of life and happiness. The West Highland White Terrier is a great dog to own if you want to have fun while you watch him entertain himself.

The West Highland White Terrier has its origins in Scotland and along with the Dandie Dinmont, Skye, Scottish, and Cairn Terriers he shares the same breed. Breeders created the Terrier for hunting fox, badger, otter, and vermin such as rats.

The history of this dog breed is rather dark but many place his origin in the 17th century.  Lore has it that the Westie’s white color comes from a tragic accident occurred in the 19th century where Colonel Malcolm of Poltalloch shot his dog confusing him with a fox.  He then committed himself to only breeding white dogs that could not be confused with foxes.

The ears of a West Highland White Terrier pointe and erect over dark black almond-shaped eyes. These dogs have plenty of characteristic physical traits such as a deep chest, closely fit jaws with a scissor bit, muscular limbs, and with slightly turned paws. These dogs usually weigh between 15 and 20 pounds and their height goes between 10-11 inches.

The Westie is an intelligent, fun-loving, confident, bold, and intelligent dog. He is also mischievous but a great companion if you want to have fun. He has a high self-esteem but it is not obnoxious. He enjoys being part of his family and loves to be around them.

The first thing that you probably notice from this breed is that his coat requires grooming. Do it at least twice a week and he should be fine. This is a prey dog and by nature, he will love chasing anything that moves, including toys, especially chasing balls.

The West Highland White Terrier has a mind of his own and this can make him difficult for training. Use a strong and firm voice and always use positive reinforcement. Crate training is also important so that he does not get in trouble around the house.

Stay with us here in Dogalize. We have point information on most dog breeds. We also have a long list of resources that will help you become the owner your dog needs. Visit us to learn more.