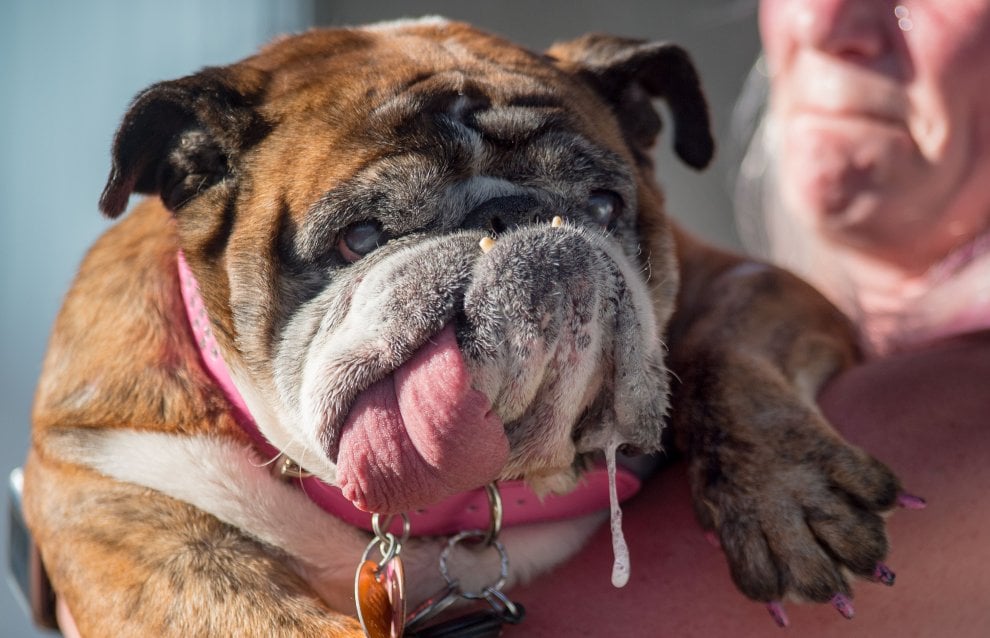 In the canine world, there are several world records held by prestigious pets. You have the world’s biggest dog, the most expensive dog,  the oldest dog, etc. The one thing that makes the World’s Ugliest Dog rather special is that this is an honor that gets passed on every year.

Last year’s ugliest dog has passed on the crown to this year’s. As you might remember, the World’s Ugliest Dog contest is held every year in Petaluma, California. Last year’s winner was a horrific 125-pound (57-kilogram) Neapolitan Mastiff named Martha. Martha had an unusual droopy face and produced a lot of gas.

This year is the 30th edition of the competition where owners of pretty hideous-looking dogs walk on a red carpet in the pulse for the world’s ugliest dog. This year included a tough competition between the best of the best. But the winner was finally found.

Behold the face of what nightmares are made of!  This year’s winner is a 9-year-old American Bulldog named Zsa Zsa. This atrocious dog was named the World’s Ugliest Dog contest in the San Francisco Bay Area.

The dog received the distinction at the Sonoma-Marin Sonoma-Marin Fairgrounds in Petaluma.  Zsa Zsa’s win represents a prize of $1,500 for her owner, Megan Brainard of Anoka, Minnesota. Brainard found Zsa Zsa in a pet-finding site.

Zsa Zsa’s most prominent feature is his ridiculously large tongue. Other contestants included dogs with very short hair, lolling tongues, crooked eyes, and some other features that make them especially ugly. The list included a blackhead-covered Chinese Crested–Dachshund mutt and a Pekingese named Wild Thang

Zsa Zsa was a puppy mill dog during the first five years of his life and was put in a dog auction at the end. Underdog Rescue purchased her and was then adopted by a loving family. The event is usually held on Friday night but was moved to Saturday night this year to attract a larger audience.