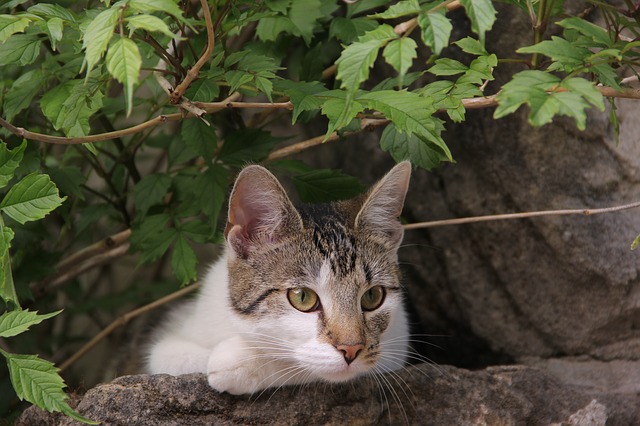 These enzymes will break down proteins and fats in other organs of the body. This is how the body begins to eat itself. Because of their close proximity, it affects the liver and the kidney. If bleeding occurs in the pancreas, the cat can undergo a shock and even death.


Causes of pancreatitis in cats

We do not know what are the direct causes of pancreatitis in cats. Some doctors believe that this could be some genetic predisposition causing a defect in an animal’s defense mechanism that causes the pancreas to digest itself.

Others believe that it could be triggered by the ingestion of insecticides or other toxins. Some even believe excess fat in a cat’s diet could be the cause.

Some possible causes for the inflammation of the pancreas are:

When we say that toxins could cause the pancreas to react, we are also referring to venom from an animal, such as a scorpion. Although these are rare and the incidence of getting stung or bitten have to do with geographical location.

It is interesting to note that, unlike dogs, an inflammation in the pancreas is not related to nutritional factors.

Symptoms of pancreatitis in cats

There are several symptoms that may be observed in a cat with pancreatitis:

The problem with pancreatitis in cats is that its symptoms are very non-specific, this means that they are common to other diseases as well. To diagnose, a full history of the feline will be needed.

Treatment for this is symptomatic and it usually involves pain relief, fluid therapy, medication to control nausea and vomiting, as well as some plasma transfusions.

In Dogalize, we want you to become a successful cat caretaker. We want to help you become the cat owner you deserve. Visit us and check out all the exciting things we have in store for you.