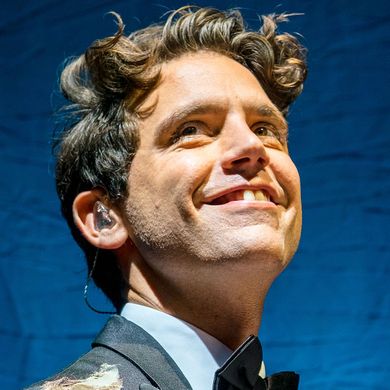 Dog love – You might have never heard of Mika and how he is a strong songwriter and performer. But this artist has actually hit it big time in the music industry. But we are not really going to talk about Mika but instead, we will take a look at his lovely dogs.

So, we are talking about Melachi and Amira, two sweet Golden Retriever female dogs. These dogs are so beloved by Mika that we have seen him bring them out to some shows. Let us get started with Mika so that we have a better idea of how this star was made.

Mika, as an artist, is actually a singer, who at his 35 has tasted the honey of success. He is English born in Lebanon.

His first big steps in music took place in 2007 when the BBC poll of critics called him named him the number-one predicted breakthrough act of 2007. This was thanks to his first extended play, Dodgy Holiday.

Then he went on to record more music and even acted. He has been nominated and won a series of prizes from the music industry. But today, we are not concerned about the artist. Instead, we want to take a look at his human side at is manifested on his dogs.

Dog Love: Mika and the love for his dogs

Even if you have never heard about Mika nor his music, you definitively will love him due to his love for his dogs.

To this day, we know that at least as of May 2018, he is still the happy owner of two beautiful Golden Retrievers, Amira and Melachi. You can easily see how much he appreciates his dogs and takes good care of them.

We bet Mika takes as good care of his pets as you do. Here in Dogalize, we want to help you become the pet owner your pooch deserves. We have many resources for you to take a look at. Follow us and check out everything we have in store for you.