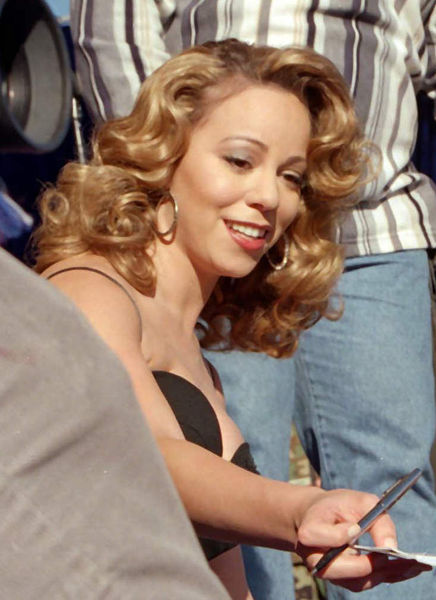 Mariah Carey’s dog: Unless you believe that spending over $200,000 to get your dogs the luxury treatment is not good enough, then she does not love them enough. Mariah Carey has proved over and over that she has this huge heart for her dogs. Let’s take a look.

Mariah Carey’s dog: Whether she would rather carry them on her bag instead of walking them on a leash, or it is simply a matter of taste, Mariah seems to like small ones. She made Jack, her Russel Terrier, a feature on one of his videos.

This dog has enjoyed the luxury life to the fullest. From getting flown on a private jet to traveling in a chauffeur-driven Mercedes, this one has it all.

But Jack also uses his celebrity status to donate to charity, just like his owner. The Mississippi Animal Rescue League received Mariah Carey’s signature and Jack’s paw to a charitable auction.

When a fan gave Mariah two fur coats, she gave them to the People for Ethical Treatment of Animals (PETA) for them to donate to the homeless.

Mariah Carey’s dog: There is no doubt that the popular chanteuse has the puppy love. For years, we have seen how she cares and takes her pooches around. We can only mention a few here.

They have been in commercials, music videos, they populate her Instagram, Facebook. From Cha Cha to Russel, then also there is Jackie Lambchops, Squeak E. Beans, Jill E. Beans, JJ, The Good Reverend Pow Jackson, Pipitty L. Jackson,  and Mutley P. Gore Jackson the 3rd.

Time after time she has shown us how much she loves and cares for them. She will not hesitate to give them the lush life they deserve.

Do you love your pooches just as much as Mariah loves hers? Then you need to show them how much you love them. We have everything you need right here in Dogalize. Updated information, tips, tricks, resources, and everything related to dogs, we got you covered. Visit Dogalize to learn more.