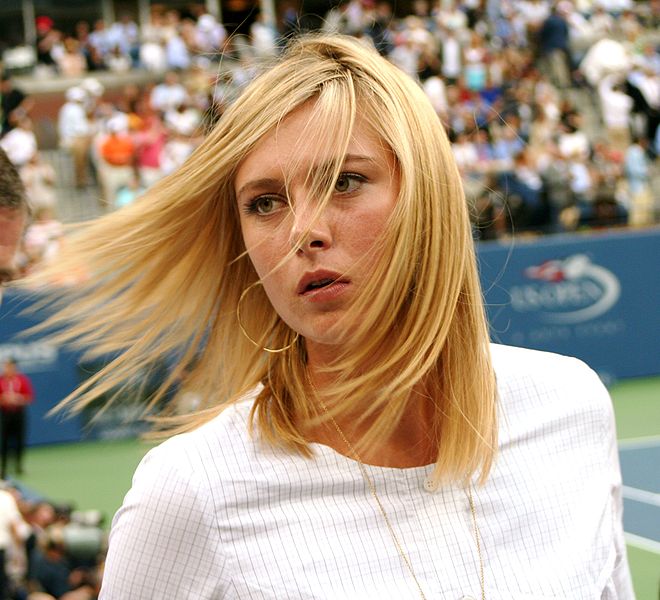 Maria Sharapova dog – Maria Sharapova, the beautiful Russian tennis player also has the love required for dogs. This athlete, who is currently ranked #29 is presently competing at the St. Petersburg Open.

A Short Bio of Maria Sharapova

Maria Sharapova was born on April 19, 1987, in Nyagan, Russia. She turned professional at the age of 14. Her Olympic debut was at the 2012 Summer Olympic Games. She won the silver medal losing to American Serena Williams.

Back then, she would say, “The Olympics is one of the most important times in an athlete’s career,” said Maria Sharapova. “I can’t wait to see all the athletes take their game to the next level, especially in sub-zero temperatures. I’m looking forward to the start of the tournament and wish the best of luck to the Russian athletes. Now it is their time to show the world how to Play Russian.”

We know Sharapova as the world-class tennis player who kills it winning championships. But let’s now talk about her achievements as a mom to this Pomeranian. We have known Dolce (which means sweet in Italian) for a while now.

One memorable public time between these two happened in 2007 when they shot a commercial together. The TV commercial was for the Canon PowerShot digital camera.

We have heard very little about Dolce. Sharapova adopted her back in 2006. Considering the time the dog is old now or perhaps already passed.

In 2016, Sharapova posted a picture of her and Bruiser, a cute Bernese mountain dog puppy.

Here in Dogalize, we have everything you need to become a star dog owner. All the resources you need to make it big with your pooch, you will find here. Visit us and take a look at everything we have for you and your pets.