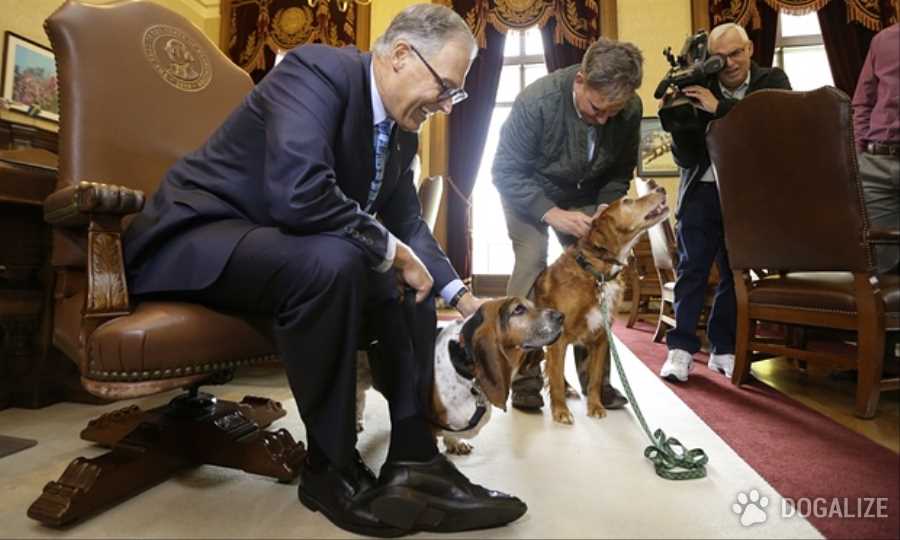 Also dogs can be elected “Washingtonian of the day”.
It’s what happened to Tillie, a setter-spaniel mix, who stood guard for nearly a week to protect a basset hound named Phoebe after she fell into a cistern.
Last month, the two dogs were found on Vashon Island after they were reported missing by Duft the previous week. Volunteers looking for the pair received a call about a reddish dog being seen on someone’s property a few times before promptly heading back into a ravine.
It was Washington governor himself, Jay Inslee, during an official visit, who presented the prize to Tillie, joined by Phoebe and their owner BJ Duft.
Federica Lauda
Source: the guardian
Photo: Ted S Warren/AP