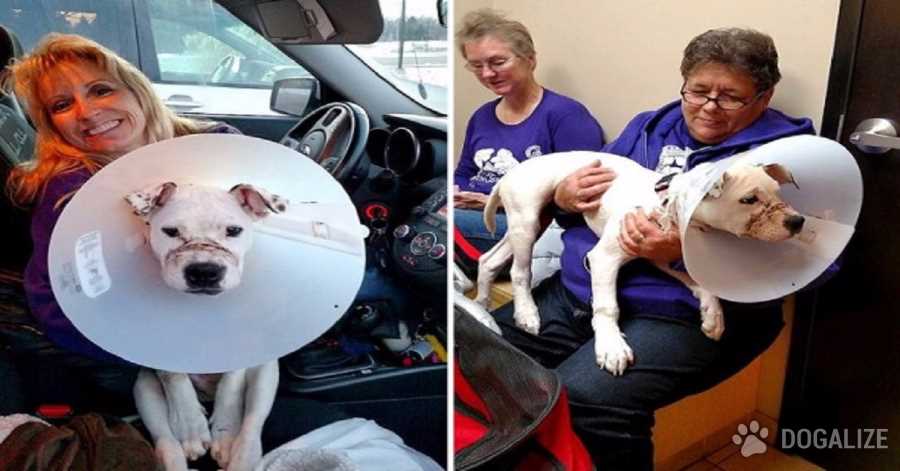 This is the proof that miracles may happen and when they happen just on Christmas day, it sounds really special. This is the story of a badly abused puppy who, after a long wandering, finally gets into the right place and has his life saved.

“Friends and I were celebrating Christmas when a stray dog came into the back yard. His mouth was taped shut and infected. We took him to an emergency animal hospital”, said a woman from Michigan City.

The dog received his best gift ever, and the people who rescued him achieved the very Christmas essence doing such a good deed. They called him Chance Christmas.

Chance’s upper lips had been worn down to the gums, and dead tissue needed to be removed. He was foaming from the nose, and both hips were broken – he had likely been stomped on. So, after a first emergency treatment, he was brought to Chicago for surgery on both hips on Saturday, and should be healthy enough for adoption in about a month.