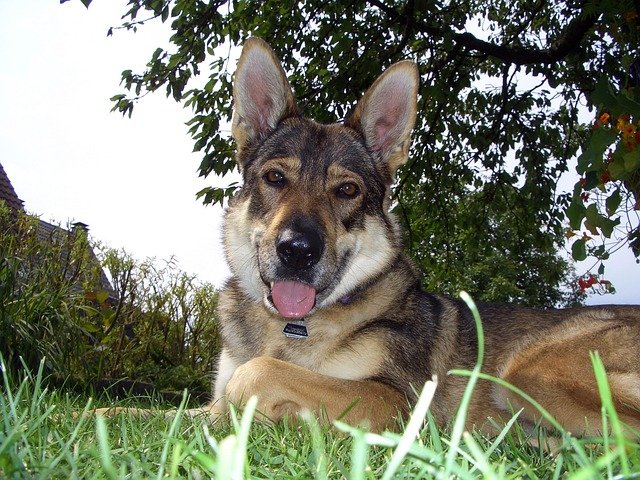 Much has been said about a wolf dog making a good pet or not. Well, technically, these are not domestic dogs but then, they do have some dog genes in them.

What is a wolf dog?

A wolf dog is basically a hybrid animal that results from the crossing of a domestic dog and a gray wolf. These type of crosses is certainly not the only one and certainly not the oldest one. Dogs and gray wolves are considered the same species, making this hybridization possible.

In fact, dogs and wolves split from a common ancestor around 34,000 years ago. The idea behind a wolf dog is to get the best of both animals. These would be the dog´s companionship with the exotic, wild looks of the wolf. But, as we have said before, genetics is tricky, and you never know what it is that you going to get.

Traits and personality of a wolf dog

There are several varieties of wolf dog and this will depend on the type of dog and wolf being bred. They are large dogs that usually have more of a wolf appearance since the domestic dog used to create the hybrid was probably already wolf-like in the first place.

When it comes to personality, this one is hard to determine. Experts do know that the more of a wolfdogs have, the wilder they will be and this represents more problems for the humans that expect to train or even tame them.

Wolfdogs as developers of dog breeds

There are documents that express that at least seven dog breeds have had the participation of wolfdogs to its development. On example of such breed is the German Shepherd. At least four of the breeds used to develop this dog were wolfdogs or descendants of wolfdogs.

A wolf dog was also involved in the development of the Wolamute, which is the result of a cross between the Alaskan Malamute and a timber wolf.

Having a wolf dog as a pet

This dog definitively needs to live in the open, especially if he develops the hunting instinct of the wolf. But there are some other issues that wolf-dog owners face and this is compatibility of medical treatments, vaccination, for example. If a wolfdog owner wants to vaccinate his dog, he must sign a form acknowledging that the vaccine is intended for dogs and not for hybrids.

The other issue is the controversy surrounding the legal regulation for the crossing of this breed. Besides this, when it comes to training, it is hard to predict how difficult will these animals be. If you want to learn more tricks and tips to better take care of your best friend, contact us here in Dogalize. We have plenty of resources and information for you.